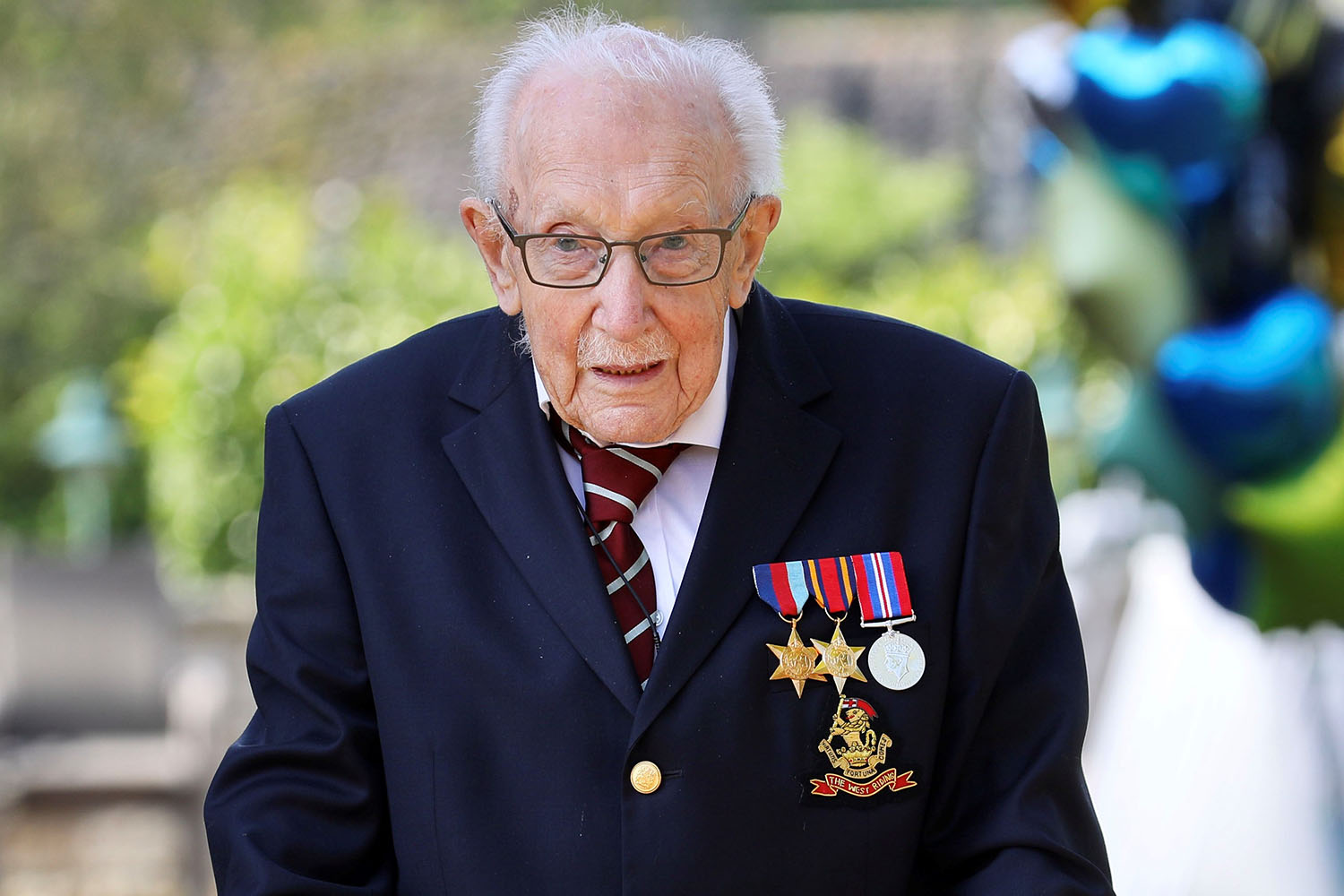 Captain Sir Tom Moore has been taken to hospital after testing positive for coronavirus.

The war veteran, 100, rose to fame during the pandemic after raising millions for the NHS.

On Sunday, his daughter Hannah released a statement to Twitter to confirm her dad had been admitted to hospital.

The statement read: “I wanted to update everybody that today (Sunday 31st January) my father was admitted to hospital.

Read more: Captain Tom Moore jets off to Barbados on bucket list trip as fans say he ‘deserves it’

“Over the last few weeks, he was being treated for pneumonia and last week tested positive for COVID-19.

“He was at home with us until today when he needed additional help with his breathing.

“He is being treated in a ward, although he is not in ICU.”

She added: “The medical care he has received in the last few weeks has been remarkable.

“We know that the wonderful staff at Bedford Hospital will do all they can to make him comfortable and hopefully return home as soon as possible.

“We understand that everyone will be wishing him well, we are of course focusing on my father and will update you when we are able to. Hannah x.”

Fans rushed to the post to send their well-wishes to Captain Tom and his family.

One person said: “We hope you get well soon. The whole county will be sending you our love and thoughts.”

Another wrote: “Very sad to hear this. Thoughts are with you and the family.”

“You brought me a great deal of joy with your fundraising effort thinking selflessly of others.”

What has Captain Tom done during the pandemic?

Sir Tom rose to fame after raising millions for NHS charities by doing laps of his garden to mark his 100th birthday.

Read more: Sir Captain Tom says he let late wife Pamela down after her battle with dementia forced her into a care home

And since then, the fundraising legend has appeared on Piers Morgan’s Life Stories and was even knighted by the Queen.

Speaking about the honour, he said: “This is such a high award and to get it from Her Majesty as well – what more can anyone wish for? This has been an absolutely magnificent day for me.”

Meri Brown: Sure Would Be Cool If My Husband Loved Me!
Adam Sandler Lights Up At Haim’s Chanukah Tribute
Will BTS Perform at the 2021 Mnet Asian Music Awards? Here’s the Deal
15 Secrets About Mean Girls That Are Totally Grool
On the Radar: Crime through the ages