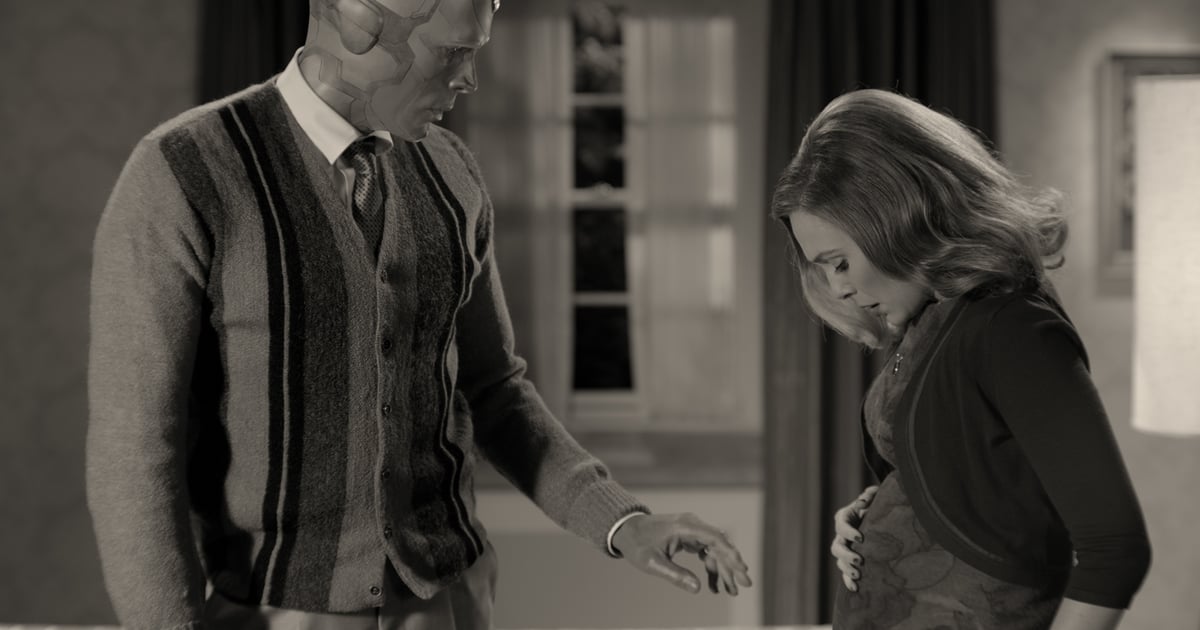 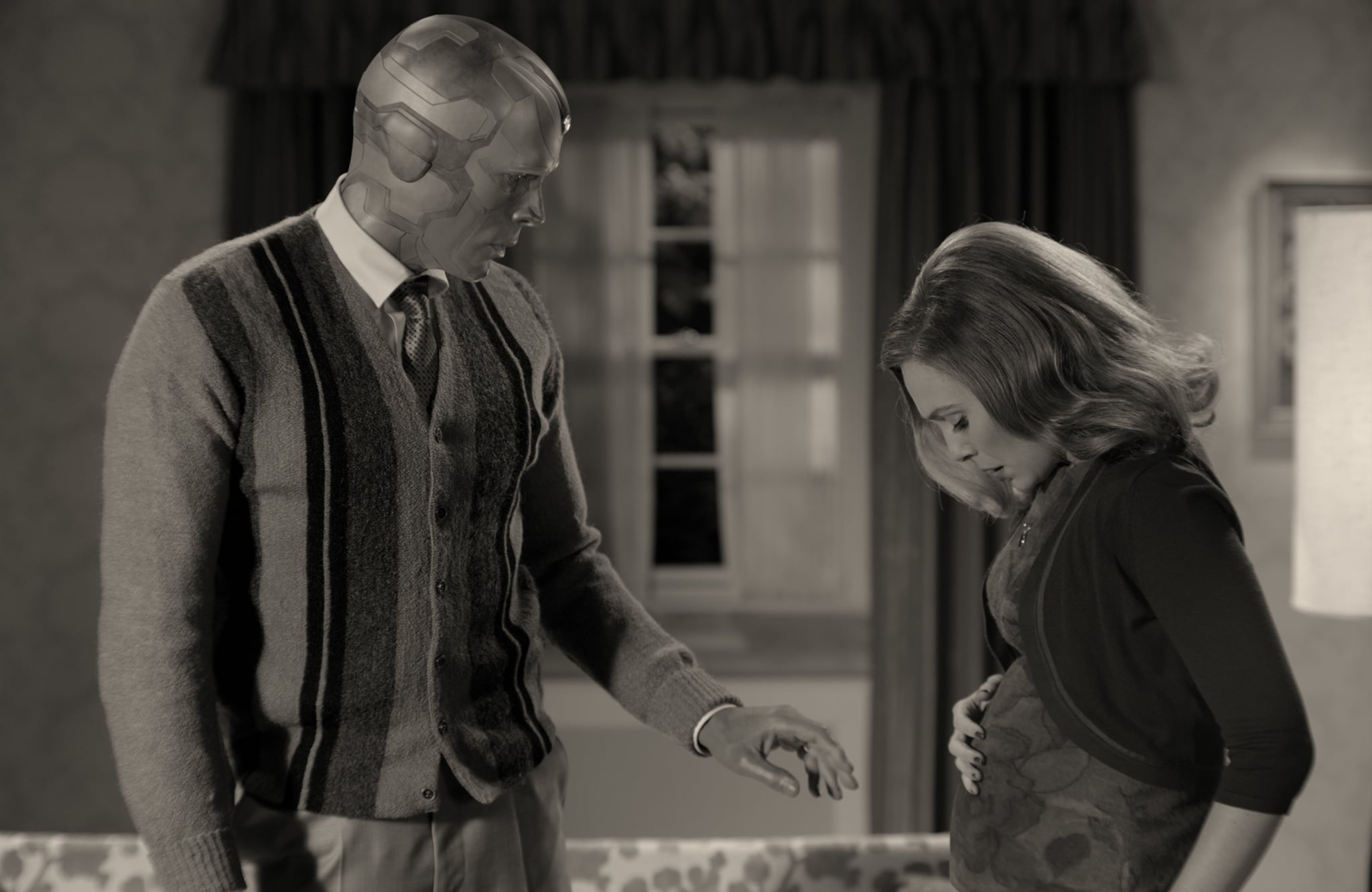 Surprise, it’s twins! WandaVision dropped another doozy of a shock for viewers in the Jan. 22 episode that comes in the form of Wanda and Vision’s bundles of joy. Named Billy and Tommy, the twins are born after an eventful few days that have both Mom and Dad driving themselves mad and leading to the expulsion of Wanda’s good friend Geraldine. (Or is she someone else?) Regardless, Wanda and Vision have welcomed their boys home and are ready to settle into a happy, quiet life.

Sike! Comic-book readers know this is just the beginning for the new family of four. Although Wanda and Vision also have kids in the comics who arrive in about the same way — via magic — the circumstances around their births aren’t the same. In WandaVision, Billy and Tommy come into existence with seemingly no work on Wanda’s part and to her surprise. In the comics, Wanda creates the twins with the help of fragmented pieces of the soul of a demon known as Mephisto. (Supernormal family journey!) While the twins are just babies in WandaVision, their journey in Marvel comics means there could be more for them in the future, though it won’t be a straight path to glory. Follow along with my theory of how Billy and Tommy’s appearance in WandaVision will trigger the eventual rise of the Young Avengers.

If you need a quick refresher, the Young Avengers are what they sound like: a group of mostly teenagers working to save the world. Among them is William “Billy” Kaplan, aka Wiccan, and Thomas “Tommy” Shepherd, aka Speed, whose names seem pretty familiar, no? In the comics, Wanda’s twins have their souls reabsorbed into Mephisto, but they destroy him, and their souls are reincarnated as Billy Kaplan and Tommy Shepherd. Now, the show seemingly doesn’t have Mephisto around, but the twins still come into existence. So the question is, can they exist outside of the show within a show that is WandaVision?

I believe that, like their comic counterparts, Tommy and Billy will “disappear” when whatever is going down in WestView wraps up in the ninth episode. But they’ll most likely return, possibly in their mother’s next big adventure, Doctor Strange in the Multiverse of Madness, and will go on to form the Young Avengers with the new team of superheroes that the MCU is ushering in. If you haven’t noticed, several other members of the Young Avengers have been established or are making their debut in upcoming MCU projects.

The first up is Stature, who, as we’ve discussed before, is Cassie Lang, the daughter of Scott Lang, aka Ant-Man. She’s already appeared in the MCU and, after the Snapture, is probably the right age to join a team of crimefighters. Kate Bishop, aka Hawkeye, will star in the Disney+ series Hawkeye alongside Clint Barton, who will serve as her mentor as she takes over the role. America Chavez, aka Miss America, will be making her debut appearance in Doctor Strange in the Multiverse of Madness (totally not a coincidence!), and something tells me we could be seeing Theodore “Teddy” Altman, aka Hulkling, the son of a Kree hero and a Skrull princess, in Captain Marvel 2 or the Disney+ series Secret Invasion.

The most important piece of the puzzle — even more than Billy and Tommy — is Nathaniel Richards, aka Iron Lad. He’s the one who locates the other heroes to form Young Avengers, and he’s likely to make an appearance in Ant-Man 3. The big secret behind his identity is that he’s from the future, having traveled back in time to defeat his future villainous self, Kang the Conqueror. The very same Kang the Conqueror who is already set to appear in Ant-Man 3, portrayed by Lovecraft Country‘s Jonathan Majors. So you see folks, it’s all coming together!

In summary, I believe the Billy and Tommy we meet in WandaVision‘s third episode are the kicking-off point for Marvel’s next era of superheroes, the Young Avengers. Everything that’s going on in WestView will trigger a series of events that lead to the formation and rise of enhanced humans, magical beings, and mutants alike expanding the MCU so far, we’ll be in Phase 27 before they run out of material. But of course, it’s just a theory. We’ll have to see what happens when WandaVision ends!

How To Watch The Golden Globes Online And On TV
Exclusive Interview with Isaac Friend
Billy Connolly Parkinson’s: Comedian returns to creating amazing art days after second COVID jab
Marcella episode six: Questions we have after flashback to origins of Keira
‘The Simpsons’ Brings Edna Krabappel Back To Pay Tribute To Late Marcia Wallace