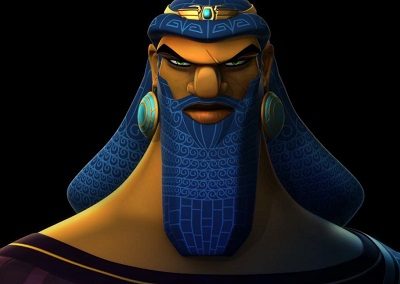 EXCLUSIVE: Fortnite developer and publisher Epic Games is set to make its first known movie grant in the shape of animated feature film Gilgamesh, based on the hero from ancient Mesopotamian mythology.

Through the Epic MegaGrants program, the developer is supporting Latin American animation studio Hook Up and Argentinian firms DuermeVela and FilmSharks on the project, which will use Epic’s Unreal Engine technology to chart the exploits and adventures of the king-turned-deity Gilgamesh who was immortalized in the epic poem which bears his name and which is said to have influenced Homer’s Odyssey and Iliad.

The film, which will have English and Spanish versions, will explore demigod Gilgamesh’s quest for immortality and his rivalry then friendship with wild man Enkidu.

Epic’s $100M MegaGrants fund is providing a grant to the project, which isn’t an in-house development for the company but is one of a number of third-party projects it is supporting. The film will be directed by Argentinian filmmaker Tomas Lipgot, who most recently produced 2019 Spanish-language feature The Adopters (a Sony Pictures Television acquisition in LatAm) through his banner DuermeVela.

The MegaGrants fund is designed to support creators using Epic’s Unreal Engine technology, the real-time 3D suite of tools used for photoreal visuals and immersive experiences. The tech’s ability to create virtual sets was recently employed by LucasFilm on The Mandalorian and Jonathan Nolan and Lisa Joy on Westworld.

The LatAm partners on Gilgamesh will also use the MegaGrant for potential future projects using the tech, which Epic uses on its gaming phenomenon Fortnite.

FilmSharks CEO Guido Rud said: “It’s an honour to see Epic Games supporting Gilgamesh through the Epic MegaGrants program. Although animation has done an excellent job of entertaining through comedy and colorful creatures, there is also a huge appetite and opportunity to share cultural stories and tell larger-than-life mythical tales.”

Buenos Aires-based firm Hook Up (Winnie the Pooh: 123s) has worked with clients including Disney, Cartoon Network and Warner Bros.

International sales and remake rights specialist FilmSharks is known for LatAm comedies and thrillers as well as animated films including Lino 3D and Americano.

Anne Hathaway Reveals She Was the Ninth Choice for The Devil Wears Prada Lead
New ANDREW W.K. Single, “Babalon”, Available for Pre-Order Now!
NECA’s Universal Monsters Collection Will Also Include a New Wolf Man Action Figure [Preview]
[Giveaway] Win a “Mixtape Massacre” Prize Pack Including Two Base Games and Three Expansions!
When will nightclubs be open and what might they look like?