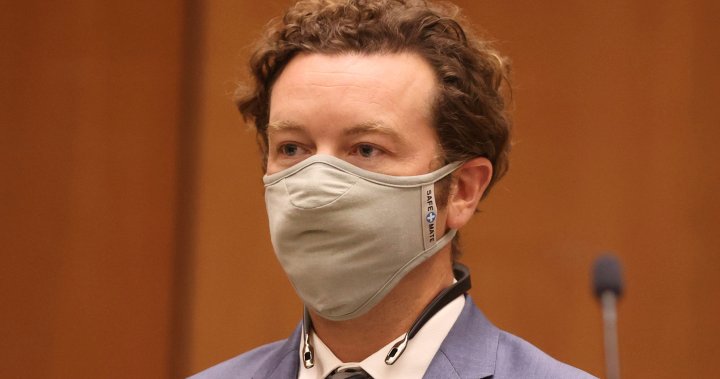 A lawyer for That ’70s Show actor Danny Masterson pleaded not guilty on his behalf Wednesday to the rapes of three women in the early 2000s.

Defence lawyer Tom Mesereau entered the plea for Masterson, who was not present in court, to three charges of rape by force or fear in Los Angeles County Superior Court.

The frequently delayed hearing coincided with the inauguration in Washington of President-elect Joe Biden, resulting in far less media attention than Masterson’s initial court appearance in June. His arraignment has been postponed several times since.

Masterson could face up to 45 years in prison if convicted.

Mesereau, whose previous clients have included Michael Jackson and Bill Cosby, said in court in June that the charges were the result of unfair hype from media outlets and political pressure to prosecute his client. The lawyer said his team would prove that Masterson is not guilty.

Masterson’s arrest came after a three-year investigation that resulted in the rare prosecution of a famous Hollywood figure in the #MeToo era. Despite dozens of investigations, most have led to no charges based on lack of evidence or too much time having passed since the alleged sexual assaults.

The women who have accused Masterson of sexual misconduct claimed they have suffered “harassment, embarrassment and re-victimization” by the actor and the Church of Scientology, of which he’s a member, since Masterson and the church learned they were “co-operating with authorities.”

“We are thankful that the Los Angeles County District Attorney’s office is finally seeking criminal justice against Masterson,” they said collectively in a statement. “We are confident that the truth will be known and hope that the charges filed today are the first steps in this long journey of healing, justice and holding those that victimized us accountable.”

In 2017, actor Leah Remini, a former member of the Church of Scientology, accused the Los Angeles Police Department of covering up Masterson’s investigation in order to appease Scientology leaders.

Months later, Remini continued to speak out against Masterson, and the finale episode of her Emmy-winning series Scientology and the Aftermath was supposed to include two of the four women who accused Masterson of sexual assault, but that episode was reportedly shelved in February 2019.

After months of back-and-forth, Remini’s two-hour special, titled Waiting for Justice, aired in August 2019. She interviewed Masterson’s accusers about their experiences with the former The Ranch actor and condemned the Church of Scientology, alleging it was protecting him from justice.

Masterson was fired from the Netflix series The Ranch and quietly dropped by his former talent agency, United Talent Agency (UTA), after the LAPD confirmed it was investigating sexual assault allegations against him from multiple women in 2016 and 2017.

“I am obviously very disappointed in Netflix’s decision to write my character off of The Ranch,” the actor wrote in a statement at the time of his firing.
“From Day 1, I have denied the outrageous allegations against me. I have never been charged with a crime, let alone convicted of one.

“In this country, you are presumed innocent until proven guilty. However, in the current climate, it seems as if you are presumed guilty the moment you are accused. I understand and look forward to clearing my name once and for all.”

A litigation lawyer for the Church of Scientology also released a statement in August 2019 calling the lawsuit “a sham.”

“From everything we have read in the press, this baseless lawsuit will go nowhere because the claims are ludicrous and a sham,” the statement read. “It’s a dishonest and hallucinatory publicity stunt. Leah Remini is taking advantage of these people as pawns in her money-making scam.”

The alleged rapes happened at the height of Masterson’s fame, when he starred as Steven Hyde on Fox TV’s retro sitcom That ’70s Show from 1998 to 2006 alongside Ashton Kutcher, Mila Kunis and Topher Grace.

— With files from Chris Jancelewicz

If you or someone you know is experiencing abuse or is involved in an abusive situation, please visit the Canadian Resource Centre for Victims of Crime for help. They are also reachable toll-free at 1-877-232-2610.