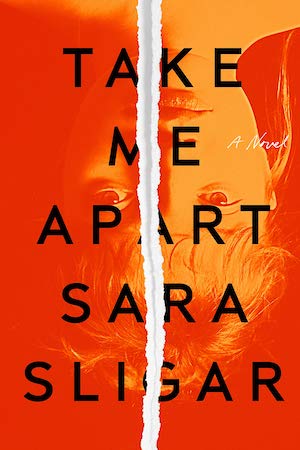 Kate Aitken left New York under a cloud, heading to California and a new start. In the Big Apple she was a journalist, caught up in the buzz and excitement of the vibrant city; now in the little coastal town of Callinas she is living with her aunt and uncle and working as an archivist, wading through the disorganised papers of a famous photographer who died tragically years ago.

Miranda Brand’s work was edgy, controversial and ground breaking and today commands a high price at auction. Kate will get a finders fee for every important, formerly undiscovered image. She’s broke and broken, and determined to do her best work – but Miranda was undisciplined, her archives are chaotic to the point of madness, and Kate realises she is really going to have her work cut out if she is to create any form of calm out of this maelstrom of disorder.

A clever juxtaposition of the two women’s stories creates the thread that runs through this cold case thriller like a seam of gold through rock. Kate is running away from what happened to her in New York; Miranda was trapped in a life she hated, desperately looking for a way out. So did she commit suicide? The more Kate delves into the archival detritus, the stronger her conviction that there was more to Miranda’s death. It may have happened back in the early 1990s, but the townsfolk of Callinas still whisper among themselves about the shocking demise of their famous resident. And the rumour mill is in full swing once more with the arrival of Theo, Miranda’s only child who is also Kate’s boss.

From the off, the pair have a prickly relationship, tempered by the presence of Theo’s two children, Jemima and Oscar, who are lively, inquisitive and add some light relief to a story that at times is dark and depressing. The scenes involving the children offer a sweet balance to Miranda’s diary entries, which are often deeply disturbing, particularly in the period when she suffers from postpartum depression.

Take Me Apart is Sara Sligar’s debut crime novel and it’s an unsettling read in many ways. The subject matter casts a dark shadow, while the constant to-ing and fro-ing between Kate’s story and Miranda’s diary entries and ephemera serve to always keep you off balance as you try to piece things together. Much of the action takes place in the ramshackle old house that Miranda called home, which adds to a creeping feeling of claustrophobia. Just like the interactions with Theo’s children, scenes that happen in the village, on the beach and elsewhere bring a sense of light and freshness to a book that teeters on the brink of unremitting despair.

This is not a book to skim through; it demands full attention because there is so much bubbling under the surface, so if you like your crime multi-layered then this is one to add to the list. For me, though, Kate is just too needy and even a touch unlikeable. As she starts sneaking around the old house, fuelled by a growing obsession for the woman whose work she is supposed to be cataloguing, I found myself longing for her to be found out and discredited. There’s no doubt that dead Miranda is the star of this show, and her heartbreaking story is what kept this reader reading on and on.