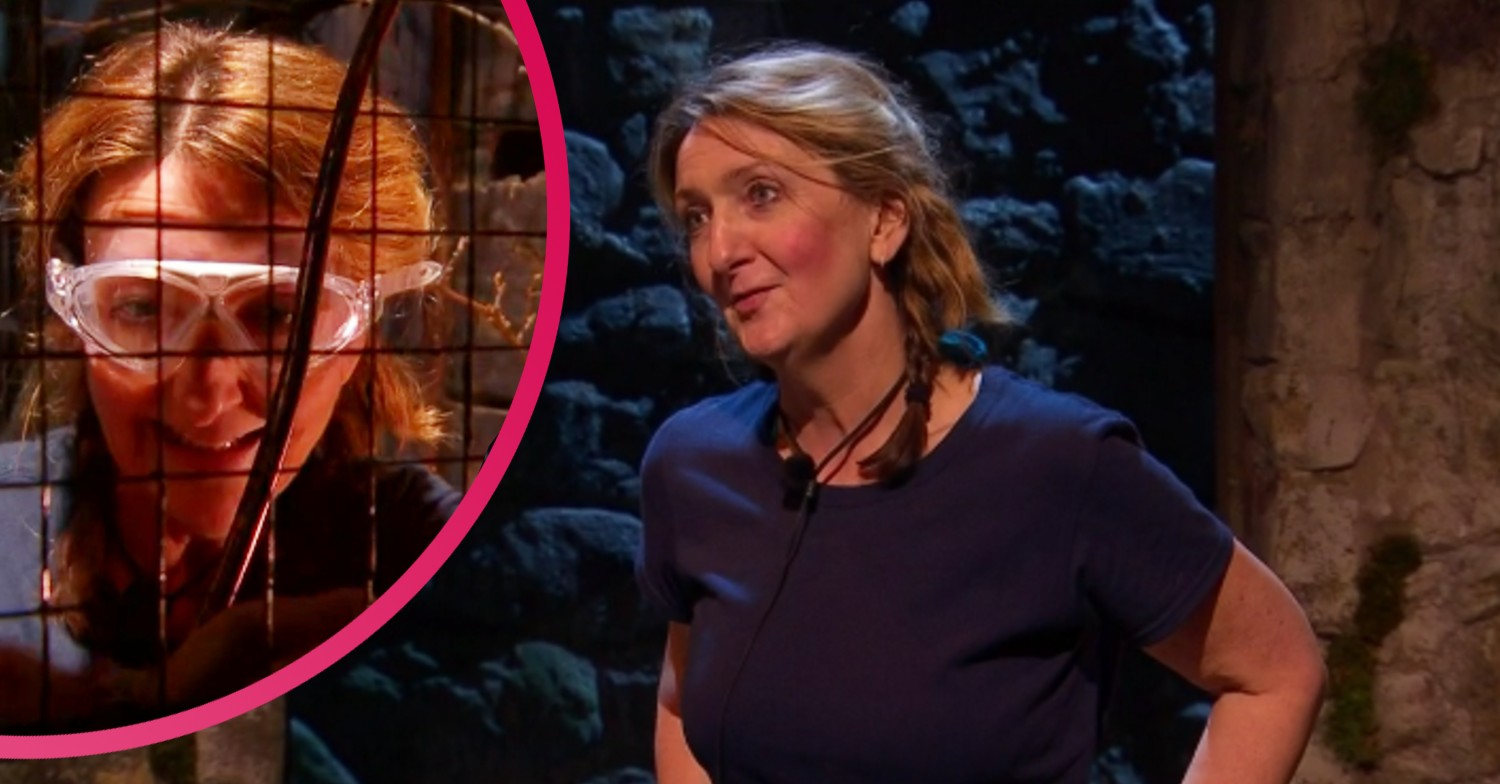 The 52-year-old presenter put herself forward to compete in Critter Clink, telling her campmates: “I want to prove to myself that I can do it on my own.”

And she certainly did just that, after taking home an impressive nine out of eleven stars on the ITV show.

What happened during Victoria’s Bushtucker Trial?

She told hosts Ant McPartlin and Declan Donnelly: “I haven’t done a trial on my own, I want to contribute, hopefully get some trials for food.

“I want to challenge myself, I want to see how I get on versus the trial.”

During the trial, the broadcaster was locked into a prison with each star protected by a castle critter.

Victoria had to retrieve the keys from the warden’s office and use them to open the locks.

As the trial went on, the star faced a python, lizards and a chamber containing scorpions.

After retrieving nine stars for camp, she said: “I would have liked to have got 11 obviously or 10, so 9’s going to have to do. I’m going to be a little bit proud of myself.”

But while Victoria appeared to smash the trial, others weren’t as convinced.

What did I’m A Celebrity fans think?

Some fans believed the star was “too slow”.

Taking to Twitter, one wrote: “I think Victoria was a bit slow in that trail. Just saying incase the boys didn’t #imacelebrity.”

A second said: “Was that trial in slow motion?”

A third added: “I’m sorry but that trial was rubbish. She was very slow and useless.”

SHE WAS SO SLOW 😭🤣🤣#ImaCeleb #imacelebrity #ImACelebrity

She wasn’t that flipping slow! She got 9 stars. Well done, Victoria 👏🏻 #imacelebrity #ImaCeleb

While others praised Victoria’s efforts, saying: “She wasn’t that flipping slow! She got 9 stars. Well done, Victoria #imacelebrity.”

A second commented: “How was she slow if she got 9 stars? She was obviously fast, she was just not screaming.”

Another agreed: “Thought Victoria did brilliant… don’t like the judgement from ant and dec on her being ‘slow’.”

Victoria opens up on her cancer diagnosis

The trial follows shortly after viewers praised Victoria for opening up about her cancer diagnosis during last night’s (Saturday, November 28) unseen bits.

Speaking to Jessica Plummer in the washroom, she explained: “I was going to bed on a Sunday night and getting undressed in the bathroom, I think I’d had a bath. And I just looked in the mirror and my right breast was about two inches lower than my left.”

Victoria continued: “I knew that wasn’t how I normally looked. Not only that, but the nipple had become inverted. I thought, ‘That looks weird, I’ll sort it tomorrow’.

“I did not think anything. And five days later, it was confirmed that it was breast cancer.”

‘Godzilla vs. Kong’ Moved Up Two Months; Will Battle on March 26, 2021!
Liv Tyler Reveals Coronavirus Diagnosis, Says Illness “F’s With Your Body And Mind Equally”
YFN Lucci’s Alleged Murder Victim Shoved Out of SUV, 911 Call
WandaVision Is Marvel’s First Real Mystery. We Ranked All the Theories About What Could Happen Next.
The Trump Administration Was Just Kidding When It Said It Had Tons More Vaccine Doses to Ship Out (It Has Zero)