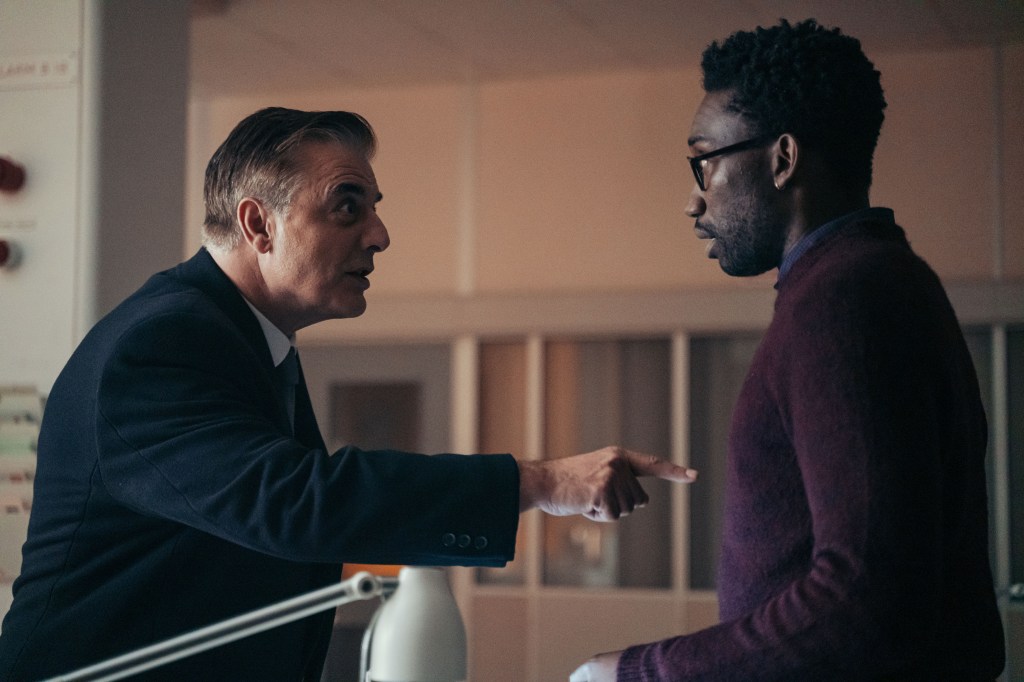 There’s now one more reason to look forward to the end of 2020. The Thirteenth Doctor will kick off 2021 with Revolution of the Daleks, which will air on New Year’s Day at 8 PM ET/PT.

The annual Doctor Who holiday special will see the return of John Barrowman MBE, who will be reprising his role as Torchwood’s Captain Jack Harkness. He will be joined by Chris Noth (Sex and the City), who will be back as the disgraced Jack Robertson. Dame Harriet Walter (Killing Eve, Succession) will also be making her Doctor Who debut for the special, alongside Nathan Stewart-Jarrett (The Trial of Christine Keeler).

Viewers last saw the Thirteenth Doctor (played by Jodie Whittaker) at the end of season 12, where her fate was left hanging in the balance as she was locked away in a high-security alien prison with no hope of escape.

In the upcoming New Year’s Day special, Yaz, Ryan and Graham are far away on Earth and having to carry on with their lives without her. However, they soon discover a disturbing plan forming. A plan which involves a Dalek. How can you fight a Dalek without the Doctor? Even with Captain Jack’s help, they face one of their biggest challenges yet.

Executive Producer Chris Chibnall praised the acting talent. “Where else would you get British acting royalty, a globally renowned US screen star, an (inter)national treasure of stage and screen and one of Britain’s hottest young actors — just in the guest cast! Put those together with Jodie Whittaker, Bradley Walsh, Mandip Gill and Tosin Cole (and Daleks! Did I mention Daleks!) — and you get a cast to be exterminated for. And things will explode. Promise.”

Mandip Gill plays as Yaz, Tosin Cole is Ryan, and Bradley Walsh portrays Graham on the show. Noth previously appeared in the season 11 episode of Doctor Who, Arachnids in the UK.

Barrowman as Captain Jack made his first appearance in the 2005 episode of Doctor Who titled The Empty Child and appeared in multiple episodes. He was last seen on Doctor Who in the 2010 episode,  The End of Time.

Symphonic Metal Unit SIRENIA Reveals Second Single and Visualizer for “We Come To Ruins”
Bird Wasn’t For Regular Moms, It Was For Cool Moms
MLK/FBI Offers a Nuanced Portrait of Martin Luther King Jr.
‘WandaVision’ Team On MCU Connections & How Disney+ Series Is “Cute-Cute Until It’s Not”
‘WandaVision’ Review: Marvel’s First Disney+ Series Is Too AARP & Not Enough MCU