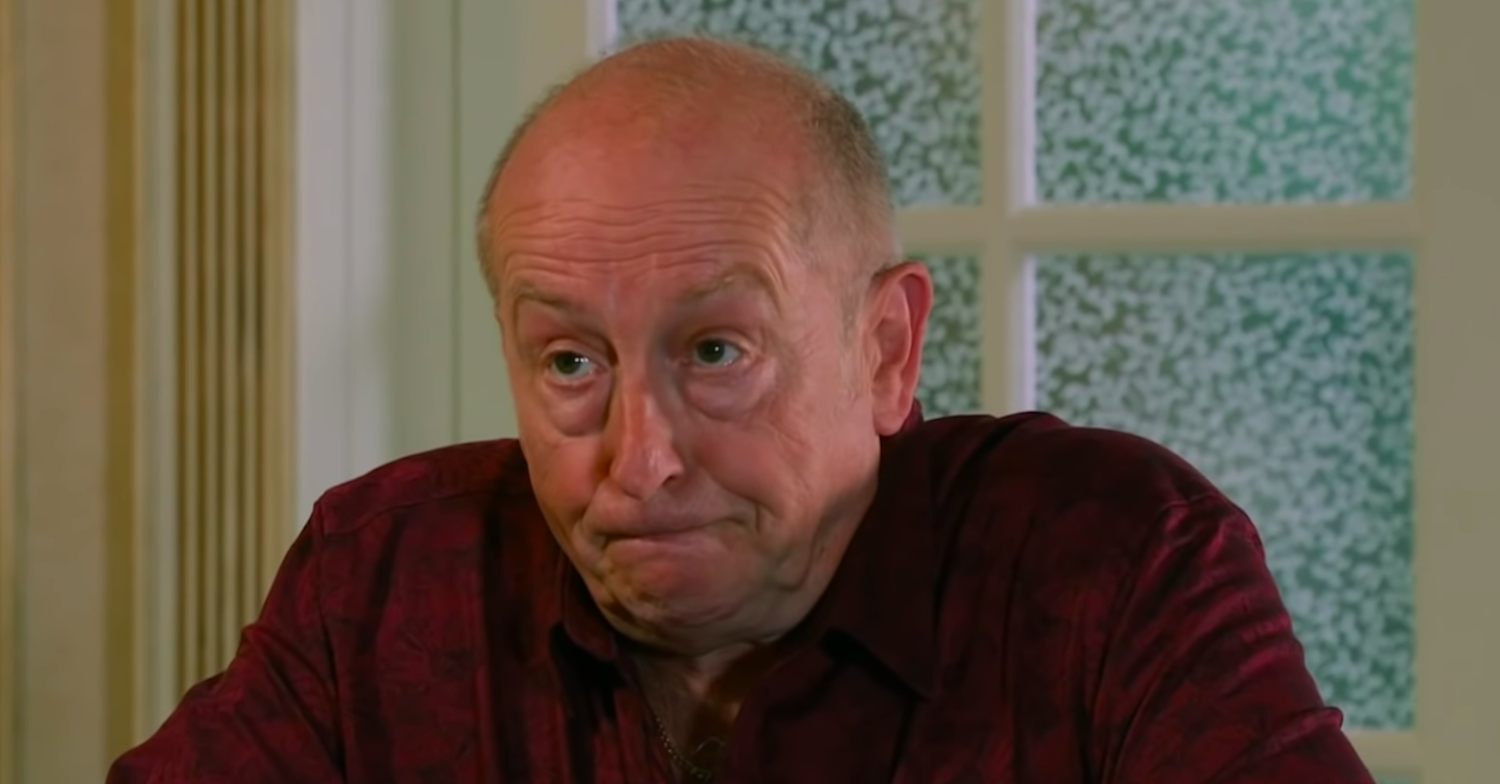 Abusive Geoff hasn’t even waited for wife Yasmeen to face trial for stabbing him before moving on to find his next victim.

And he’s even using Yasmeen’s money to woo Christine.

What’s happened on Corrie this week?

Yasmeen’s granddaughter Alya had suspected Geoff had moved on after hearing him on the phone.

But Geoff managed to trick Alya into finding him with an elderly lady he had been pretending to help.

And when she made a scene in the Bistro, Geoff called the police and Alya was warned over her “harassment”.

As a result, that left Geoff free to go to a swanky hotel and meet his new victim.

Walking in he told her: “I am so sorry I’m late, you wouldn’t believe the day I’ve had.”

She asked him about the problems he had been having with his granddaughter but he set her straight.

He told Christine: “She belongs to my crazy ex-wife, a chip off the old block that one – mad as a hatter. She doesn’t give me a minute’s piece.”

Geoff then began splashing Yasmeen’s cash to impress her and to ensure she swallowed his lies.

Geoff has got his next victim lined up! He seems to have Christine fooled since she thinks he’s a nice guy.

“Let’s order a bottle of champers – my treat,” he said.

“You can’t come to a swanky hotel and keep counting the cost. Money is for spending my love, that’s what I always say and you are worth every penny.”

Corrie fans couldn’t bear to watch and revealed they were terrified for Christine.

One said: “So Geoff has got his next victim lined up! He seems to have Christine fooled since she thinks he’s a nice guy, so generous to buy champagne with Yasmeen’s money but hopefully she’ll find out the truth about him.

“I really don’t get what anyone sees in that creep! #Corrie.”

Another said: “#Corrie don’t get close to him dear Christine – run run as fast as you can!!!!!”

Head to our our Facebook page @EntertainmentDailyFix and let us know what you think of our story.

‘Big Brother Canada’ Season 9: Meet the houseguests
T.I. Sued for Defamation by Woman Who Claims He Put Gun to Her Head
A super simple guide to Rishi’s budget 2021 and what it means for *you*
Mary-Kate Olsen Steps Out With Brightwire CEO John Cooper 1 Month After Divorcing Olivier Sarkozy
Taylor Swift Cancels Tour Dates