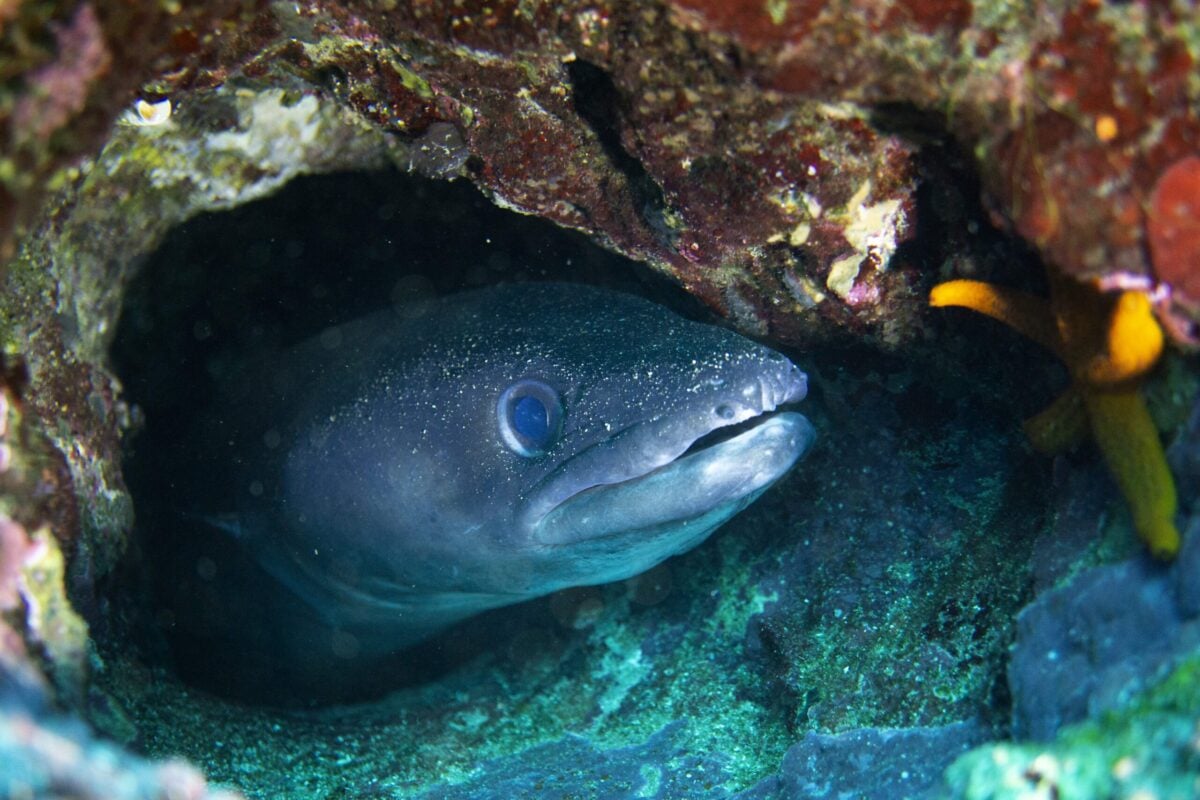 We’re only a scant 10 weeks out from the end of 2020, but this interminable year still has some bonkers surprises in store. Like this bizarre story about a man who released two large bags of live eels into Prospect Park Lake in Brooklyn, New York. The unnamed man dragged the bags to the shoreline of the lake, telling bystanders, “I just want to save lives.”

Releasing non-native wildlife is illegal, and can have drastic effects on the local ecosystem. These particular eels eat everything from plants to insects to frogs to fish, which could damage the local wildlife of the lake. Jason Munshi-South, an urban ecologist at Fordham University said, “People like animals and they sometimes think they’re doing a good thing by letting them go, … Most will die. Some will become a problem, and then there’s no going back.”

It is not known where the eels came from, although similar eels can be bought at a live fish market. Experts have identified them as swamp eels originating in Southeast Asia, but we still don’t know who the man was and why he decided to bag up the eels and release them in a local fishing lake.

Imagine, if you will, a man out for a jog. He runs through Prospect Park, a brief respite of greenery amidst the bustling city. He looks out upon the shimmering lake, only to watch as a black mass of tangled eels squirm about on the shoreline. If that happened to me, I would never run again. I may never even leave my apartment again. Truly, what the actual f-ck.

And while the swamp eels wouldn’t normally survive a New York winter, global warming may make the lake a more hospitable home for them. “Hooray!”, said the eels and no one else.

Today is #TheBigSend where across the US we mail off our 15 MILLION!!! voter turnout letters. We wrote 250 letters. Now we switch to phone banking with https://t.co/HznikhE69I Volunteering is most effective in this final push. Keep in this fight! #GOTV #vote #TheLastWeekends pic.twitter.com/NpUpkyi47H

Hope you’re having a safe and stress-free Saturday, Mary Suevians!

With Amy Coney Barrett’s Rushed Confirmation Sham, Republicans Show Us How Quickly They Can Act When They Feel Like It
Teen Mom Fans Trash Cole DeBoer for Rant About Step-Daughter
Exclusive Interview with Beth Muecke
Things We Saw Today: Family and Friends Establish the Grant Imahara STEAM Foundation
Ex-NFL Star Dana Stubblefield Sentenced to 15 Years to Life in Prison for Rape