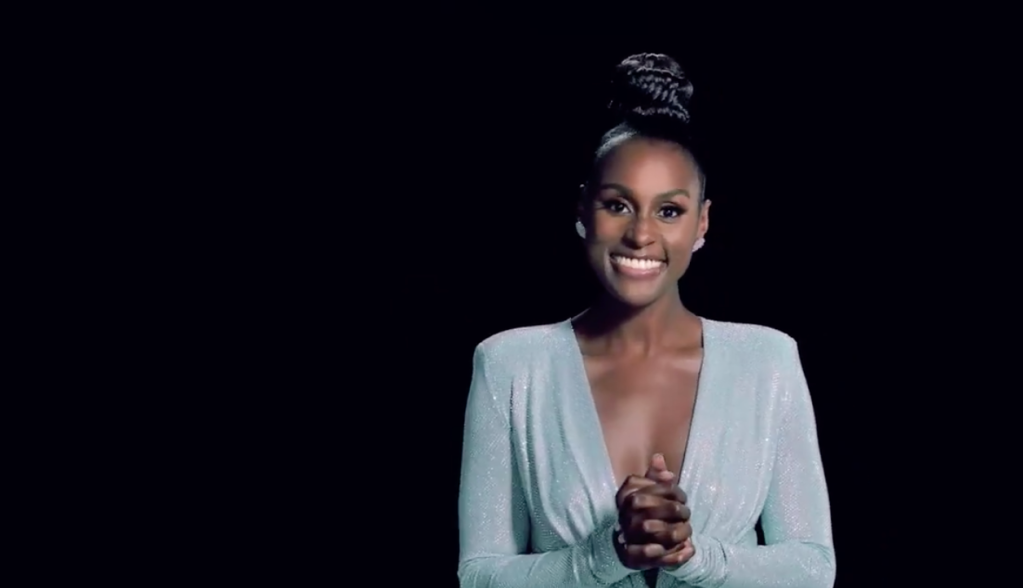 Issa Rae made her Saturday Night Live hosting debut and reflected on her success within the past four years. Upon her entrance the Insecure and The Photograph star said it was an honor to walk and perform on the same stage as the comedy legends that came before her, including Tina Fey and Amy Poehler. Of course, that debut came with some nerves.

“I’m scared that I might throw up but I gotta hold it down because I’m the first black person to host SNL y’all,” the actress joked before she told audience members otherwise. “I’m not, but you believed it for a sec.”

She went on to say how she’s coming to host the sketch series in a peculiar moment, given the COVID-19 and the upcoming presidential election. Rae recalled how Insecure premiered on HBO around of the 2016 election and the eventual victory of Donald Trump.

“It felt really awkward for my life to be going so good. It was rude to be peaking while democracy was collapsing,” the Insecure creator said.

Rae revealed that the first year of her HBO show felt like the freshman year of high school, wherein she was still learning where she fit in and who would be in her close circle. But with Insecure having finished its fourth season back in June, Saturday Night Live feels like a celebration of hard work, she said.

“Hosting SNL is like my prom and you guys are all my dates,” she told her audience. “I’m ready to go all the way y’all.”