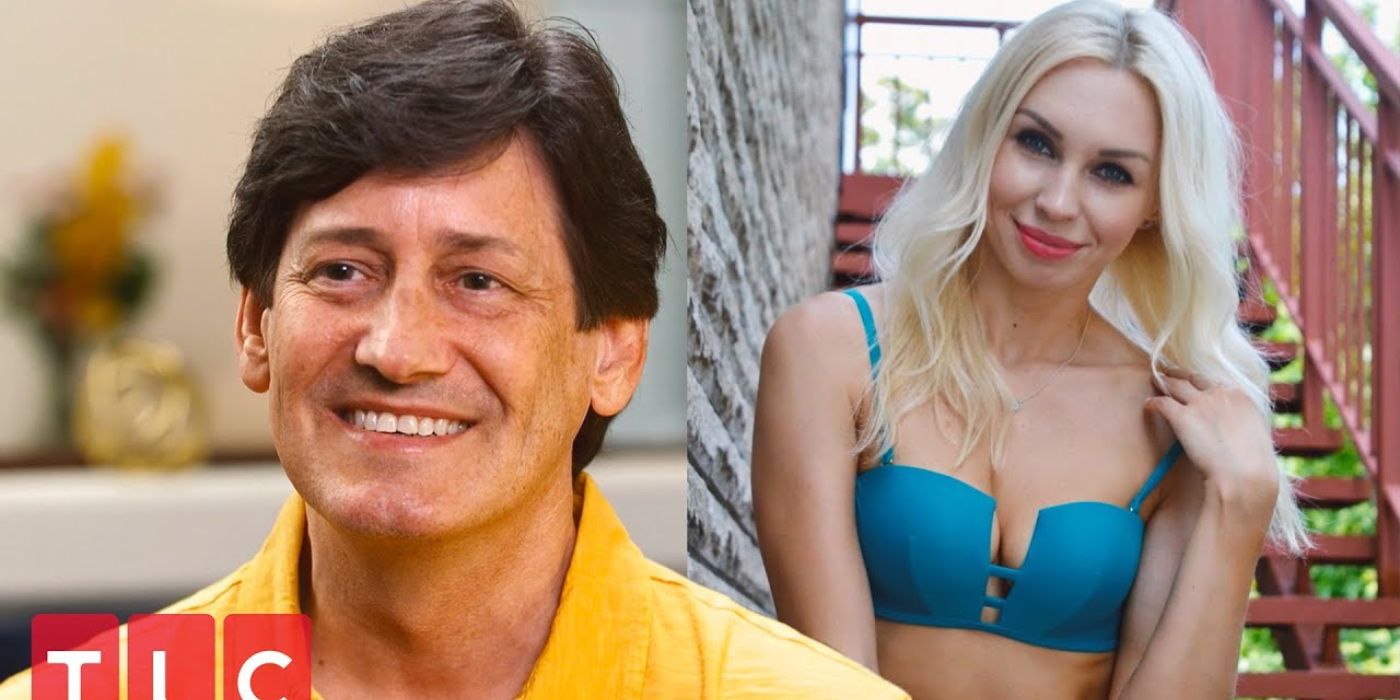 The former 90 Day Fiancé: Before the 90 Days star David Murphey’s Ex Lana has launched her Cameo account recently. As expected, 90 Day Fiancé fanatics learned the news on social media and trolled her for several reasons. So, let’s look at some of the fans’ funniest comments and have a good laugh!

Viewers met Las Vegas native David and his online lover Lana in the season 4 of 90 Day Fiancé: Before the 90 Days. Despite being in a relationship for seven years, the couple didn’t meet each other in person or even had a video chat. It was enough to make viewers believe that their love story was shady. And after four failed meetings, viewers were convinced that David was being catfished, and there’s no Lana. But, to everyone’s surprise, she did appear towards the very end of the season and got engaged with David.

Related: 90 Day Fiancé Couples Reveal If The Drama Is Real Or Scripted

Now, many people think that Ukrainian beauty is trying to milk her 5 minutes of fame by doing Cameo videos for her fans (if there are any.) Her Cameo bio says, “Hi, I am Svetlana, but you know me as Lana from 90 day fiance, before the 90 days. I will wish you happy birthday or happy anniversary or say anything for your special occasion, so hit me up.” A fan argued (via @90dayharvestusd), “I mean are we just supposed to act like we know her beyond her name.” Since the 29-year-old reality TV star just had a few seconds (or minutes) of brief appearance on the show and only spoke her native language, it isn’t very likely if many fans would want her to do any sort of celebratory messages. Still, 90 Day Fiancé viewers can reach out to her and get a video at $35, which seems quite expensive. A fan wrote, “So who’s gonna pay her to say she used David?” Another one said, “Is she out of her damn mind charging that much for this bullshit?” Check out her Cameo video below:

Undoubtedly, fans had to bring Lana’s 60-year-old beau in their comments. Some of the funny reactions read, “Now he (David) can pay her to get a message back or even a video,” “David just figured out how to get a hold of her again! He would pay that too,” and “I bet david is requesting her cameos non stop.” Another troller asked, “How much for “David I love you”?“

Others wonder how the Ukrainian native, who didn’t know English on the show, is now speaking it quite fluently. A fan said, “I love how she was acting like she couldn’t speak English with David and that’s why they needed to keep communicating through the site lol.” Well, it seems like the former 90 Day Fiancé: Before the 90 Days star Lana always knew how to speak in English. Perhaps, she’s learning it to make a return on TLC.

Next: 90 Day Fiancé: How TLC Decides Which Couples Make the Show

Neha Nathani holds a degree in Journalism and has written/produced content for the most influential brands in the business. She loves to tell and write stories, fictional and non-fictional. Neha describes herself as someone who possesses both a creative and analytical mind. When she is not writing stories for Valent, she plays with her cat or tries some new dance moves.