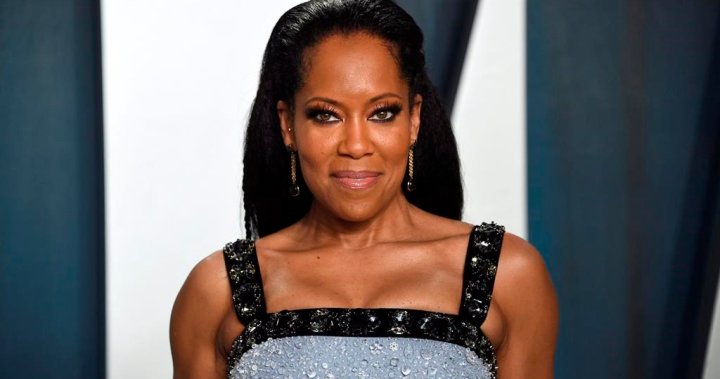 Regina King is earning rave reviews for her directorial feature film debut One Night In Miami, playing as part of this year’s Toronto International Film Festival.

For King, shooting the movie meant getting the chance to tell a story about not just the icons everyone knows, but a story about the very human nature of these men.

“I had never seen something like this,” King told ET Canada’s Sangita Patel ahead of the film’s TIFF premiere. “I knew these men, but this is my father, my son, my uncle, my best friend. Its Kemp’s love letter to the Black man’s experience and I wanted in on that.”

She added that directing her first feature made her learn that “I have even more patience than I thought I had.”

With a talented cast of young actors taking on the iconic roles, King knew she had found her Cassius Clay in Halifax actor Goree, who played the boxing legend just prior to changing his name to Muhammad Ali.

“I got to see him transform,” she said of the Canadian actor. “It’s so fantastic to watch. I brag about this: I got a front-row seat to see these men transform, no one else experienced that the way I got to. Their performances are just amazing In the casting process that’s what I was looking for, the commitment and Eli had that commitment from the beginning and I got to literally watch him transform his body, watch it happen with the way he walked, the dialect. It was just a joy to witness and also a phew thank God. Right choice. With all of them,” she laughed.

Though the story is set in 1964, the timeliness of the subject matter is just as relevant today, especially in the wake of racial injustice in the U.S. making headlines around the world.

“Going into it, I knew how powerful these conversations were because, unfortunately, 60 years later what these men were talking about is being discussed now,” she told ET Canada. “When the protests started happening and we were in a pandemic, it made me feel it’s really necessary – it’s more than just a story, it’s a call to action and hopefully it’s received that way.”