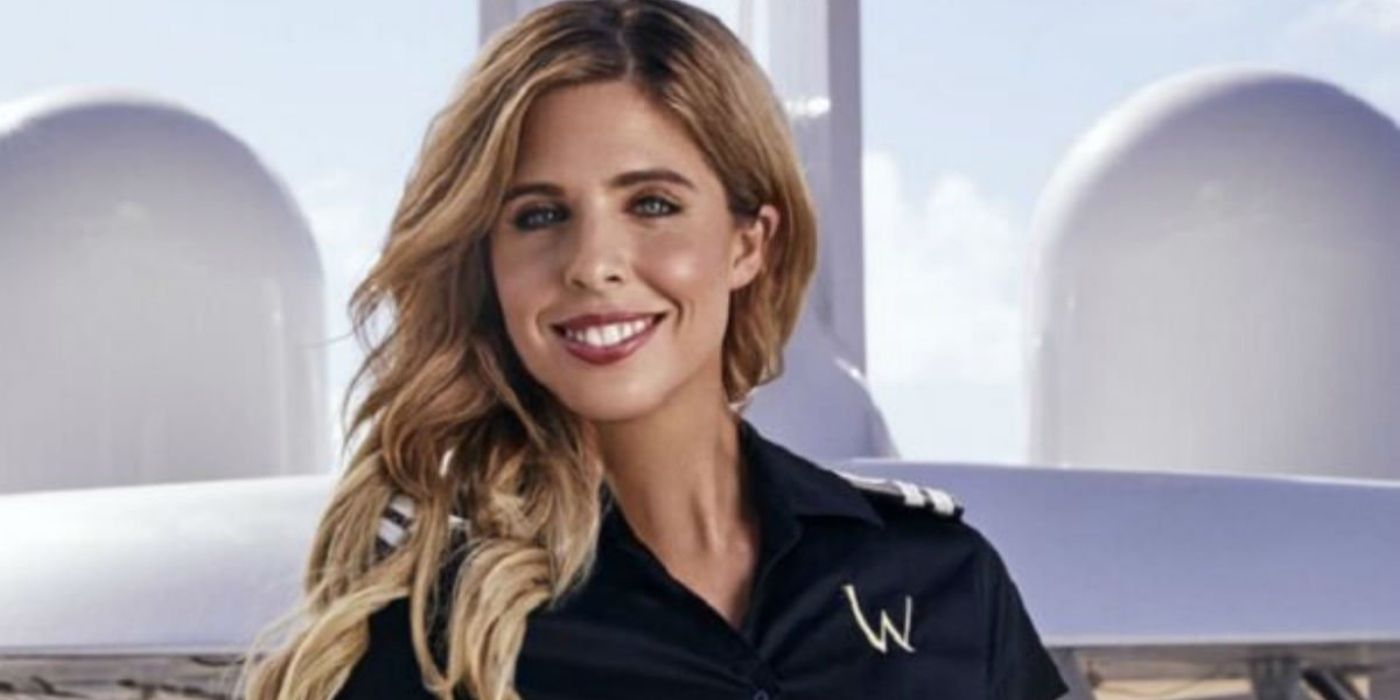 Are Bugsy Drake and Alex Radcliffe from Below Deck Med still together? Fans have enjoyed watching their romance play out on the show and there is information to share about their relationship.

The current season of nautical-themed Below Deck Med is showing off the strength of girl power, thanks to an all-female leadership team. Captain Sandy Yawn is back at the helm, with Bugsy Drake covering the interior and Malia White on deck. Bugsy was asked to step into the role after Hannah Ferrier was fired for bringing illegal drugs on board. Fans have watched Bugsy and Alex flirt throughout the entire season. While Alex was the one that caught feelings first, Bugsy finally kissed him while on a night out with the crew. The ‘boatmance’ seems to be heating up, but fans aren’t quite sure where Bugsy and Alex stand with each other.

Related: Below Deck: Why Johnny Damon Is The Best Charter Guest

Bugsy opened up to Daily Dish about how she and Alex are doing. She’s stated that they are both single and still friends. Bugsy made it clear to cameras at the start of the charter that she was not interested in dating anyone on the boat as that kind of romance never really worked out for her. The chief stew let the world know that she did not like dating because of her fear of rejection, saying, “I had my heart broken when I was 14, and I really didn’t like that feeling, and I feel like it has stuck with me. I’m always very wary going into relationships. I want to make sure it’s the real deal before I kind of open myself up to anything.”

Even though she has been reserved, Bugsy loves to flirt with Alex. During the interview, the Below Deck Med star described Alex as “a cute guy” who just wanted to have some fun. Bugsy informed her followers that the two speak often (at least once a week) and make an effort to touch base. Fans will be thrilled to know they still have great “banter” but there’s no doubt that Alex is back in the friend zone.

Bugsy is still working and traveling as fans can see from her social media posts. As for the rest of the cast, fans watched as the new chief Tom took all his anger out on Aesha Scott, which did not sit well with fans. The Englishman seems to be too tightly wound for a job such as this. It even looks like Malia from Below Deck Med will get into hot water with Captain Sandy during the next episode.

Next: Below Deck Med: Are Jessica More & Robert Westergaard Still A Couple?

Below Deck Med airs Monday at 9 pm EST on Bravo.

Katie Price announces she is filming a documentary about son Harvey with the BBC
This Nigerian-inspired body oil has actually changed my skin life and I’m getting my beauty klaxon out for it
6 Books for the Goth Gardener
Plimsoll Productions Acquires Control Of Distributor Magnify Media
Frontline’s ‘The Choice 2020: Trump vs. Biden’ Reveals How Candidates Early Crises Shaped The Rest Of Their Lives