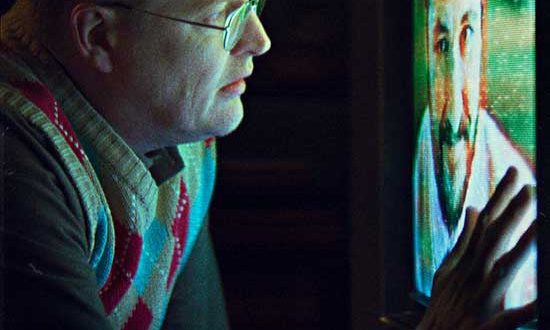 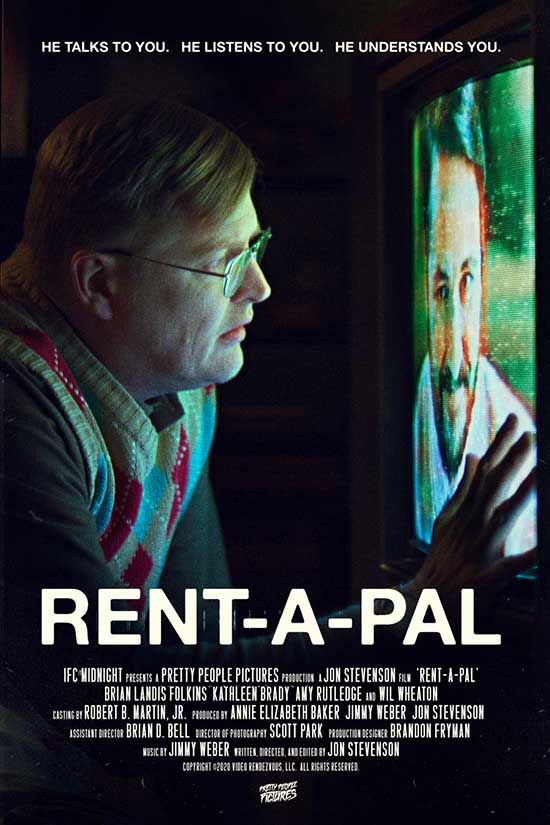 Written and directed by Jon Stevenson

In select theaters and on demand September 11

RENT-A-PAL is a really fun turned gruesome 90s-set horror in which a lonely bachelor named David is psychologically terrorized by his “pal” Andy, who keeps him company each night in his mother’s basement via the titular rented VHS tape. Think VIDEODROME meets Tinder; Andy also proves to be quite meddlesome in David’s video-dating life. “Rent-A-Pal” is played to creepy perfection byWheaton.

Set in 1990, a lonely bachelor named David (Brian Landis Folkins) searches for an escape from the day-to-day drudgery of caring for his aging mother (Kathleen Brady). While seeking a partner through a video dating service, he discovers a strange VHS tape called Rent-A-Pal. Hosted by the charming and charismatic Andy (Wil Wheaton), the tape offers him much-needed company, compassion, and friendship. But, Andy’s friendship comes at a cost, and David desperately struggles to afford the price of admission.