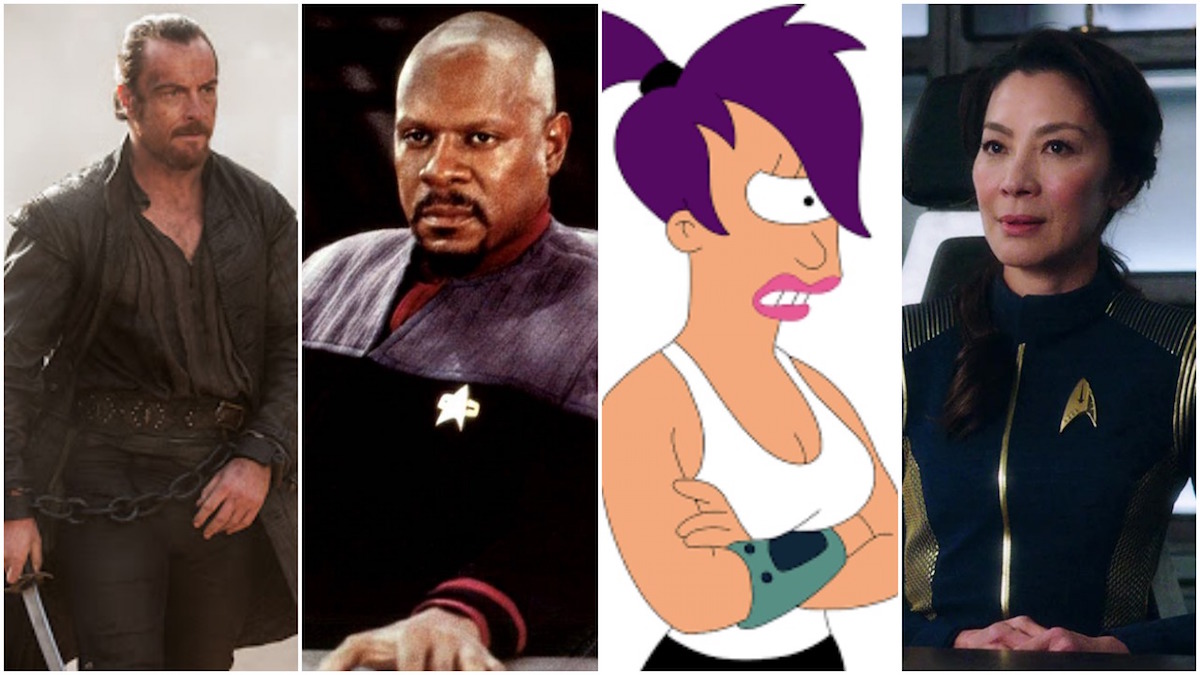 Submitted for your consideration on this fine Friday: who is your favorite fictional captain, and why?

We’ve covered the finest Star Trek captains in the past (the correct answers are Sisko and Kirk, I will not be taking questions at this time), but there are a whole lot of captains to be found across popular culture. From books to television to movies to comics and video games, we love a man or woman in uniform, bravely commanding or messing up a whole lot or managing to do a bit of both. But when I ask who our “best captains” are, I don’t mean just who you’d want to follow into battle—that would probably be Picard—but really who has clicked with you personally.

We have a wide range of expectations when it comes to a captain’s personality—we seem to like them either stoic and upright (Captain America, Captain Picard), roguish and winking (Han Solo, Captain Jack Sparrow), mean old pirate king (Captain Hook, Captain LeChuck), or mysterious and obsessive (Captain Lorca, Captain Ahab). With so many captains to enjoy, can we even pick just one?

I can’t. Here are a few of the many captains who have won my favor:

The most powerful Avenger. Could crush you to death with her thighs. Cat person.

Can convert her body into pure energy, which is honestly goals. Has lead the Avengers. Gorgeously immortal.

Smartest guy in the room. Likes more than a bit of drink. Friend ’til the end.

Actual Emissary touched by the Prophets. Better than you. Doesn’t have time for this.

Fashion icon in her one outfit. Avid environmentalist. Masterfully deals with male nonsense.

Comeback superstar. Good at any depth of water. Antihero extraordinaire.

The original canonically queer TV captain. Swashbuckling action hero. Wears a coat better than anyone else.

Effortlessly in charge. Cool under pressure. Incredible hair up or down.

Came from nothing. Would die for those he loves and/or give up allegiance to the government. Could do this all day.

As Falcon, the first African-American superhero in mainstream comics. A legend. Deeply cooler than his friend Steve Rogers.

Only exists at the behest of five teenagers’ jewelry. Radical environmental activist. Good with puns.

These are the captains that first spring to mind when I think to myself, “Self, who are some of your very favorite captains out there in our pop culture landscape?” But I have overlooked many, many captains, I know. Surely you will tell me about them in the comments.