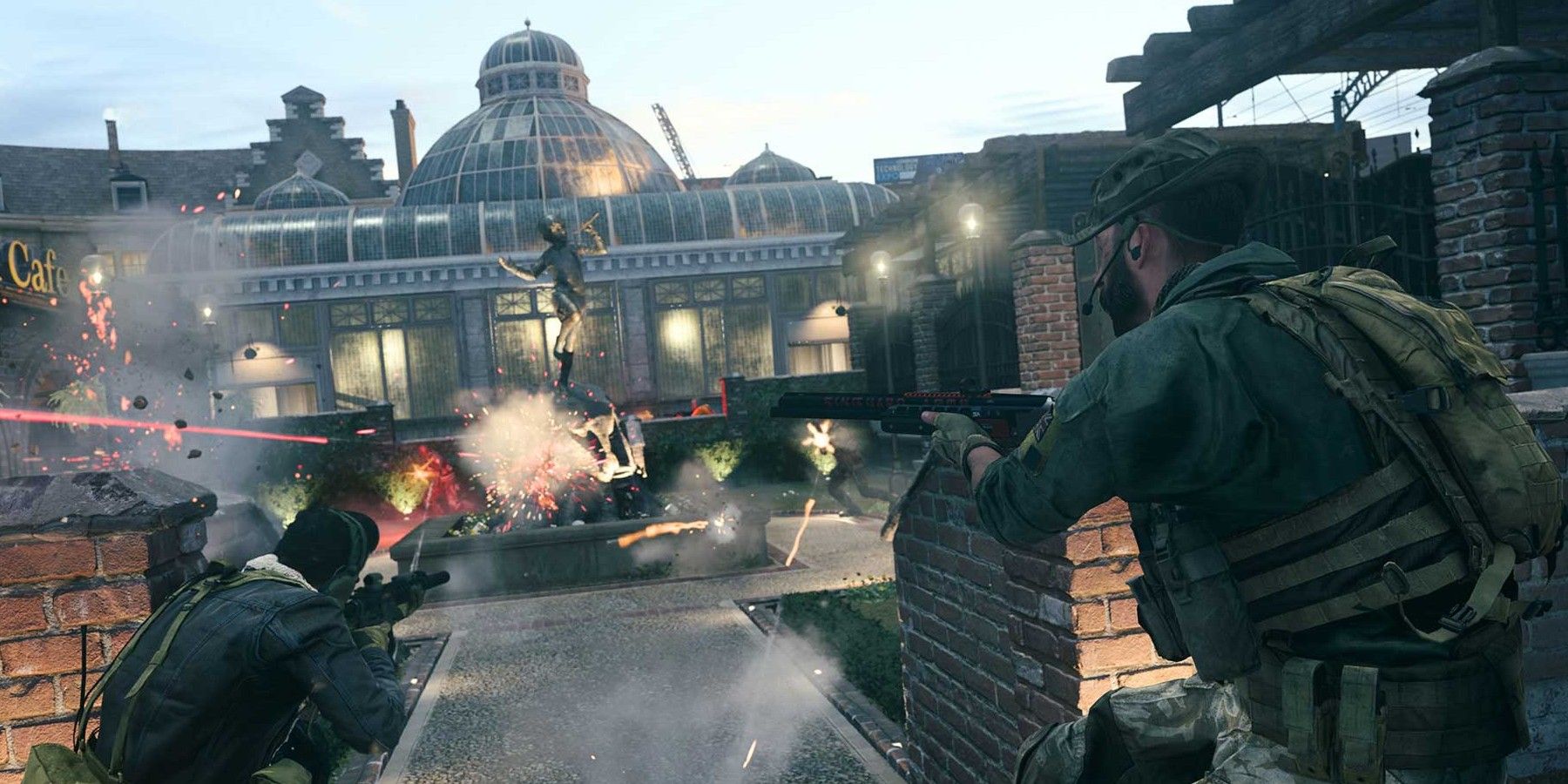 The latest Call of Duty: Modern Warfare Season 4 update contains a surprising Easter Egg in the new Cheshire Park map, and players were surprisingly quick to uncover it. The Cheshire Park multiplayer map was added in an update that dropped late at night on June 29th.

Season 4 has been a big one for Modern Warfare, and not just because of the update’s massive file size. The current season has brought lots of new content to the popular shooter, including new characters, maps, and weapons. The launch of Modern Warfare Season 4 was delayed one week from its original date due to protests surrounding police brutality, and now that it’s here, players have a lot of new content to explore.

In the most recent Modern Warfare update, developer Infinity Ward added a whole new map called Cheshire Park. Set in London, Cheshire Park is a mid-sized map that seems to be keeping players content so far. Not content to add just another place to duke it out in multiplayer, Infinity Ward also slipped an explosive Easter Egg into the map, and several players independently uncovered the secret almost as soon as the map went live. As Gfinity Esports on YouTube shows, activating the Easter Egg involves hunting down a series of mouse traps that randomly spawn on the map to make a cheese wheel spawn. Players can then take the wheel of cheese to the Pied Piper statue on the map to see a unique take on the Pied Piper story play out, complete with rats that burst into puffs of confetti after a jaunty tune plays. It may not be exactly what players expect from their military shooters, but it’s certainly a surprise.

Aside from keeping Modern Warfare fresh with new maps and exploding rodents, Infinity Ward has been hard at work keeping the more recently launched Warzone up to date. Season 4 has also seen major changes to the battle royale mode, including a 200-player mode in the latest update. The biggest change of Warzone’s lifetime may still be yet to come, with rumors that that stadium will soon open up, giving players a whole new section of the map to hide and hunt in.

Call of Duty: Modern Warfare isn’t usually the first place players look for jokey Easter Eggs, but maybe that makes it the best place to put one. Given the deadly serious tone of much of the series and its often stressful multiplayer battles, it’s good to see a little levity thrown in, even if the rats might disagree.

Call of Duty: Modern Warfare is available on PlayStation 4, Xbox One, and PC.