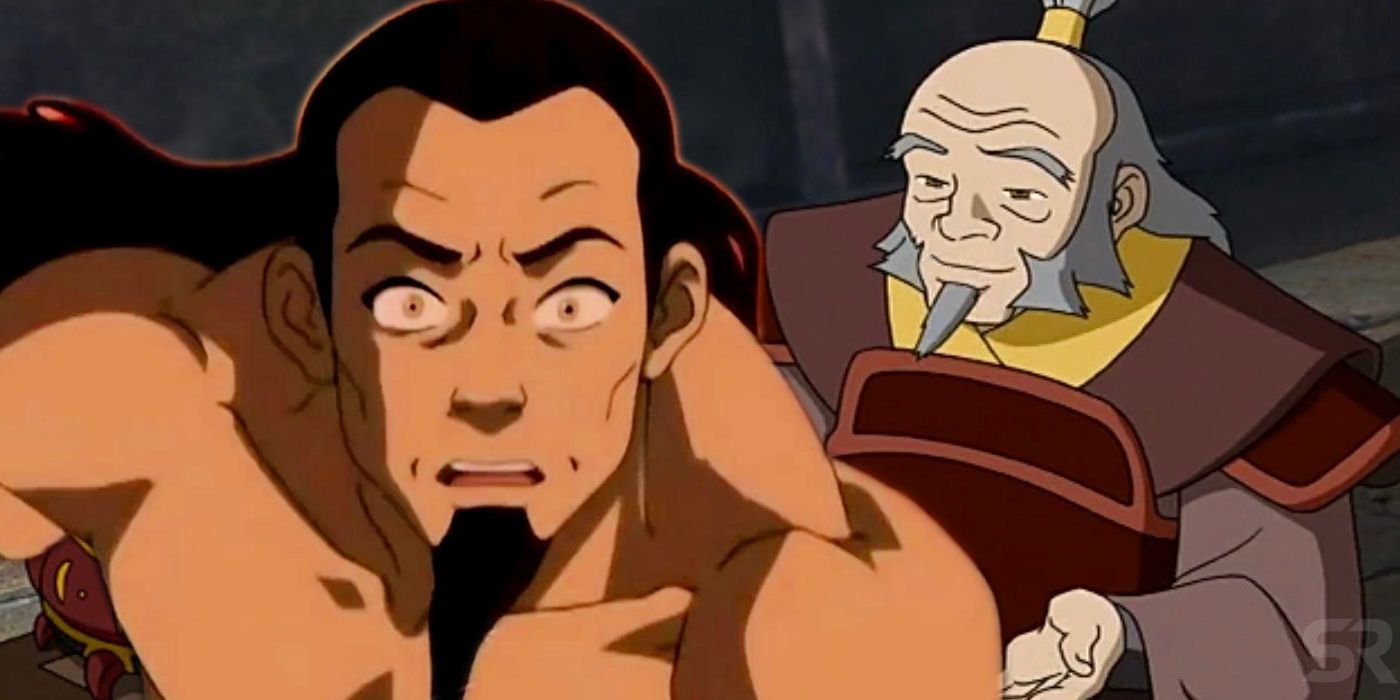 Is Iroh or Ozai the more powerful firebender in Avatar: The Last Airbender? While Iroh (Greg Baldwin) was next in line to inherit the Fire Nation throne within Avatar: The Last Airbender, his brother Ozai (Mark Hamill) usurped the throne and became the next Fire Lord in his place after their father Azulon died suddenly under mysterious circumstances. After his son Lu Ten died in battle, Iroh was too grief-stricken to contest his brother’s claim to the throne. While the epic showdown between Iroh and Ozai never took place, which of them in theory is the more powerful firebender that would’ve won that fight?

Throughout their young adulthoods, Iroh and Ozai were very similar, since both were competitive, powerful firebenders who took pride in their national roots. Leading a charge against the impenetrable Earth Kingdom city of Ba Sing Se during the Hundred Year War, Iroh was the first in history to breach the city’s outer wall, but became inconsolable and retreated from the invasion after the passing of his son Lu Ten. Instead of returning to the Fire Nation, Iroh then traveled throughout the other nations, gained more of an appreciation for the balance between the elements, and even learned to incorporate techniques from other forms of bending into his own firebending. Ironically, what Ozai would have considered his brother’s greatest failure, abandoning his occupation of Ba Sing Se and exploring the other nations, is actually what bestowed him with the knowledge and experience to defeat his brother in a firebending battle.

Related: Avatar: Why Katara Ending Up With Aang Is Better Than Zuko

Unlike his brother Ozai, Iroh came to understand the importance of balance within the four elemental nations – and this is what ultimately made him the more powerful of the duo. On his journey around the world, Iroh abandoned his former point of view that the Fire Nation was the supreme nation and became more open to learning techniques from other forms of bending. By observing waterbenders, Iroh learned to redirect lightning, a technique which he later taught his nephew Zuko (Dante Basco) in the season 2 episode “Bitter Work”. Even before his transformation, Iroh was renowned for his firebending, since he could breathe fire and was rumored to have slain the last dragon himself. In actuality, however, Iroh had great respect for the original firebenders and met with the last living dragons Ran and Shao, garnering from their wisdom that firebending is a form of energy and life, rather than destruction.

While Iroh’s past experiences show that his firebending knowledge stems from multiple sources of current and ancient wisdom from all four nations, Ozai on the other hand has a limited viewpoint of the true meaning of firebending. Under the rule of Fire Lord Sozin, Ozai and Iroh’s grandfather who kickstarted the Hundred Year War, the Fire Nation set out to obtain absolute power and dominion over the other three nations, a goal which was passed down to both Ozai and Iroh. While Iroh eventually outgrew that kind of biased thinking once he explored the world outside of the Fire Nation, Ozai maintained the belief that true firebending stems from destruction, anger, and power itself. With such a partial perspective, it’s no wonder Fire Lord Ozai’s strategy to defeat the Avatar was to wait until the moment when his firebending would be at its peak, using Sozin’s Comet as a crutch to amplify his firebending abilities.

While Iroh and Ozai never fought personally within Avatar: The Last Airbender, one way to gauge how their battle may have unfolded would be to examine the fight between their counterparts, Azula (Grey DeLisle) and Zuko. During the Avatar: The Last Airbender series finale, “Sozin’s Comet: Part 4: Avatar Aang,” Azula and Zuko fought an Agni Kai, a traditional firebending duel. Following in her father’s footsteps, Azula practices a similar approach to firebending as Ozai, and channels her natural aggression into her firebending. After training with Iroh and meeting the dragons Ran and Shao in person, Zuko, like his uncle, has a deeper understanding of the art of firebending and a similar appreciation for the balance between the Fire, Earth, Air, and Water Nations. While both of the firebenders are consistently strong throughout their battle, Azula eventually becomes run down during their prolonged fight due to the lack of balance within herself.

Since one of the central themes of Avatar: The Last Airbender is the importance of harmony not only within the elements but within yourself, Iroh therefore is the stronger firebender of the two due to his acceptance of all forms of bending.

Sofia Vergara, 47, & Niece Claudia, 27, Stun In Flattering Dresses While Attending A Zoom Wedding
Meghan King Edmonds Is Spending Memorial Day Weekend With Her New Beau
“Tell Me” and “Why Oh Why” by Walkers Cay
Why Justin Bieber & Hailey Baldwin Left Canada & Returned To LA Amid Ongoing Quarantine
How Megan Fox & Brian Austin Green Are Co-Parenting Their 3 Kids After Heartbreaking Split