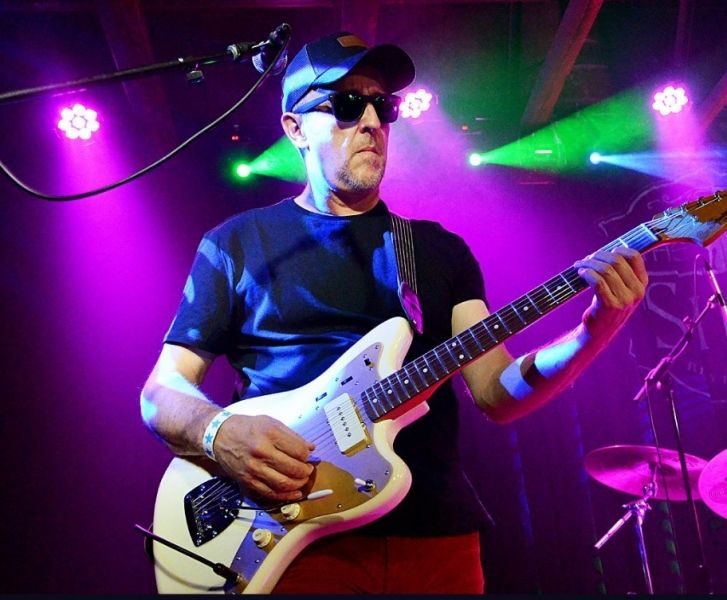 While we isolate ourselves, one song that could be a great first step in bringing us closer is Cary Park’s “You Matter To Me”. Wise words from a seasoned music industry veteran, Park’s songwriter and singing skills are at the same level as his virtuosic guitar playing. Bridging the gap between Americana and adult contemporary, this song is a real contender to be a global hit.

“You Matter To Me” is from Park’s second album Cary Park 2, out now via StarPointe Records. Surprisingly after so many decades as a studio session player, and touring guitarist for bands and artists like Olivia Newton-John, Bruce Hornsby, Randy Meisner, Deana Carter (playing on her No. 1 hit “Strawberry Wine”) and dozens more, the lifelong Southern Californian hadn’t released his own solo effort until 2010’s Lone. Pat Melfi co-wrote “You Matter To Me”.

Much of “You Matter To Me” focuses on the upbeat, sun-kissed guitar riffs. You can hear the influences of bands that created the Laurel Canyon sound – like Bob Dylan, The Byrds, Joni Mitchell and so on. Park’s guitar is in this sort of cardio workout. It stops for breathers, pulsating when it needs to, keeping the heart rate and rhythm continuous.

Park’s vocals are from a confidant man. He’s not often in the spotlight, but when he does sing his presence is striking. His voice reminded me of an artist that has been in the corner, sitting and observing for many years. He’s probably smoked and had a beer or two, and his voice is full of stories from the road. That all comes together when he sings the chorus “you matter to me in every way that I never thought could be, yes, you matter to me, and at the end of every day I know just one thing, you’re the only thing that matters to me.” A life lived, a man who when he’s at his best and at this worst, this is what he wants to express. Park is like a forgotten cowboy, the Sam Elliot of music. His guitar strings have traveled the long and winding road that is the music business, but his voice, well, his voice took the road less traveled. It’s all the better for it.

I felt like “You Matter To Me” is an evening song. It’s the song that you put on in the background when you recount the day, you go over all the things that matter. It’s the perfect song for playing while you sit on the porch, glass of wine in hand, and contemplate life. Searching for answers and yearning for meaning, Park’s “You Matter To Me” is the truest form of songwriting. He wastes no time in getting to the point and making the listener feel absolutely woven into quilt that is his life.

“You Matter To Me” is a song for all the old souls out there. But I could see younger fans that enjoy Eric Clapton, Bob Dylan, Tom Petty and even David Crosby, liking this track. High marks indeed for a song that brings us all a reminder that people, not things, matter most.

The music of CARY PARK has been heard all over the world in partnership with the radio plugging services offered by Musik and Film Radio Promotions Division.  Learn more https://musikandfilm.com

‘Masked Singer’ Wild Card Made Out With Jenny McCarthy, Guess Who!
Sex And The City star Willie Garson dies aged 57
Mj Rodriguez’s Trendsetting Fashion Statements Are Already Worthy of an Emmy
Desperate Governors Grow Impatient With Booster Plan
Was 1991 one of the greatest years in rock? Alan Cross votes ‘yes’