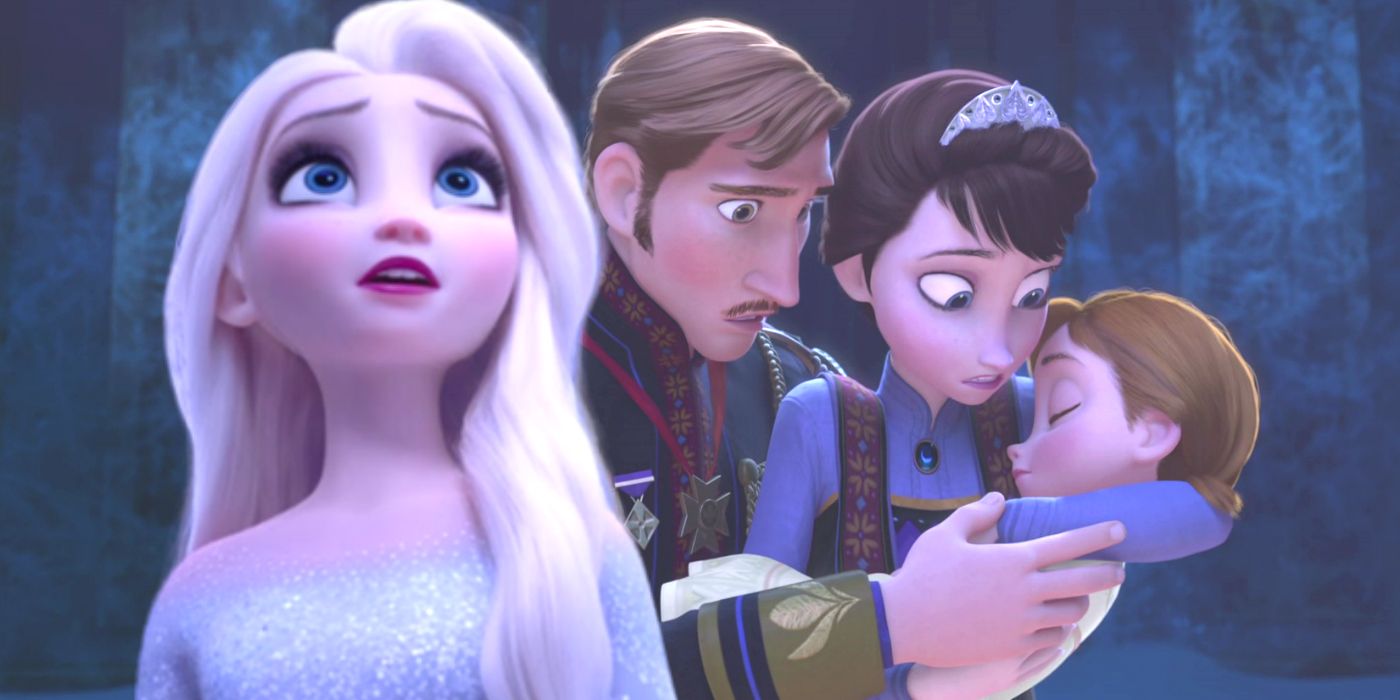 Disney’s Frozen 2 revealed a surprising twist about Queen Elsa’s ice powers as the fifth spirit, which the first Frozen barely teased. Whereas the 2013 original was all about Elsa learning to control her powers so she could live happily ever after with her sister, Anna, Frozen 2 explores the backstory and mythology of the kingdom of Arendelle – and how Elsa’s abilities tie into that history. With ongoing Disney series like the Marvel Cinematic Universe and Star Wars, audiences are familiar with foreshadowing that spans from one film to the next. Frozen, however, had little more than a subtle nod to Elsa’s identity.

Like the first film, Frozen 2 centers around a quest through the snowy wild around Arendelle. This time around, Elsa follows clues left by her parents to discover the source of her powers. While Anna is again the film’s protagonist, risking her life to protect her older sister, the story’s mythology centers around Elsa. As they journey into the wilderness, the heroes of Frozen 2 are antagonized by several elemental spirits. Elsa is somehow able to domesticate the spirits, which are linked by a legendary fifth spirit. By the film’s end, Elsa herself is revealed to be the bridge spirit.

While the cause of Elsa’s powers are left somewhat vague at the end of Frozen, this twist fits into the story of the first film without disrupting its characters’ arcs. Still, filmmakers don’t always have sequels on the mind, and the truth about Elsa was only foreshadowed in a small way in Frozen. Queen Iduna, mother of Elsa and Anna, leaves her daughters a maroon shawl after her death; the shawl is adorned with symbols that become increasingly important in Elsa’s discovery. Its four points represent the four elemental spirits, while the symbol overall highlights the space between them – the bridge. This isn’t the first time Frozen fans have seen the symbol, though. The observant among them could have spotted the same pattern in the first film.

The snowflake-like symbol appeared on some articles of clothing in the original Frozen. Most importantly, it can be seen on the straps of Iduna’s outer dress in the first film and on the inner trim of King Agnarr’s coat. This detail makes sense in the context of Frozen 2. Not only were Elsa’s powers bestowed on her after Iduna saved Agnarr’s life as a young man, Elsa herself is a product of their love. She carries pieces of both her mother and her father, so each is responsible for the creation of the bridge spirit.

This isn’t definitive proof that the makers of Frozen had a sequel in mind. After all, the extent of Frozen’s success was nearly unforeseeable. If they had planned on making Frozen 2 from the beginning, fans would have seen a lot more foreshadowing. It’s more likely that the creative team behind the film developed the mythology of Arendelle to flesh out the story for themselves; when Frozen was a massive hit, they had plenty of room to play around in that sandbox. This explains why Frozen 2 is so focused on history and mythology, in contrast to the self-contained story of the first film.

Some Frozen fans were displeased with Disney’s Frozen 2, but the filmmakers made the universe of the franchise a lot bigger. By introducing Arendelle’s deeper mythology and history, Disney widened the scope without forgetting to develop its most beloved characters. Still, the lack of foreshadowing in Frozen suggests that definitive plans weren’t made for a sequel until the first proved so lucrative. Whether or not Disney will take this approach to Frozen 3 is anyone’s guess.

Graduate of New York University’s Dramatic Writing program. Self-published novelist and podcaster. Passionate about all film, from the Halloween series (even the bad ones) to French New Wave. Enthusiastic about travel, hiking, and creating music playlists that are way too long.