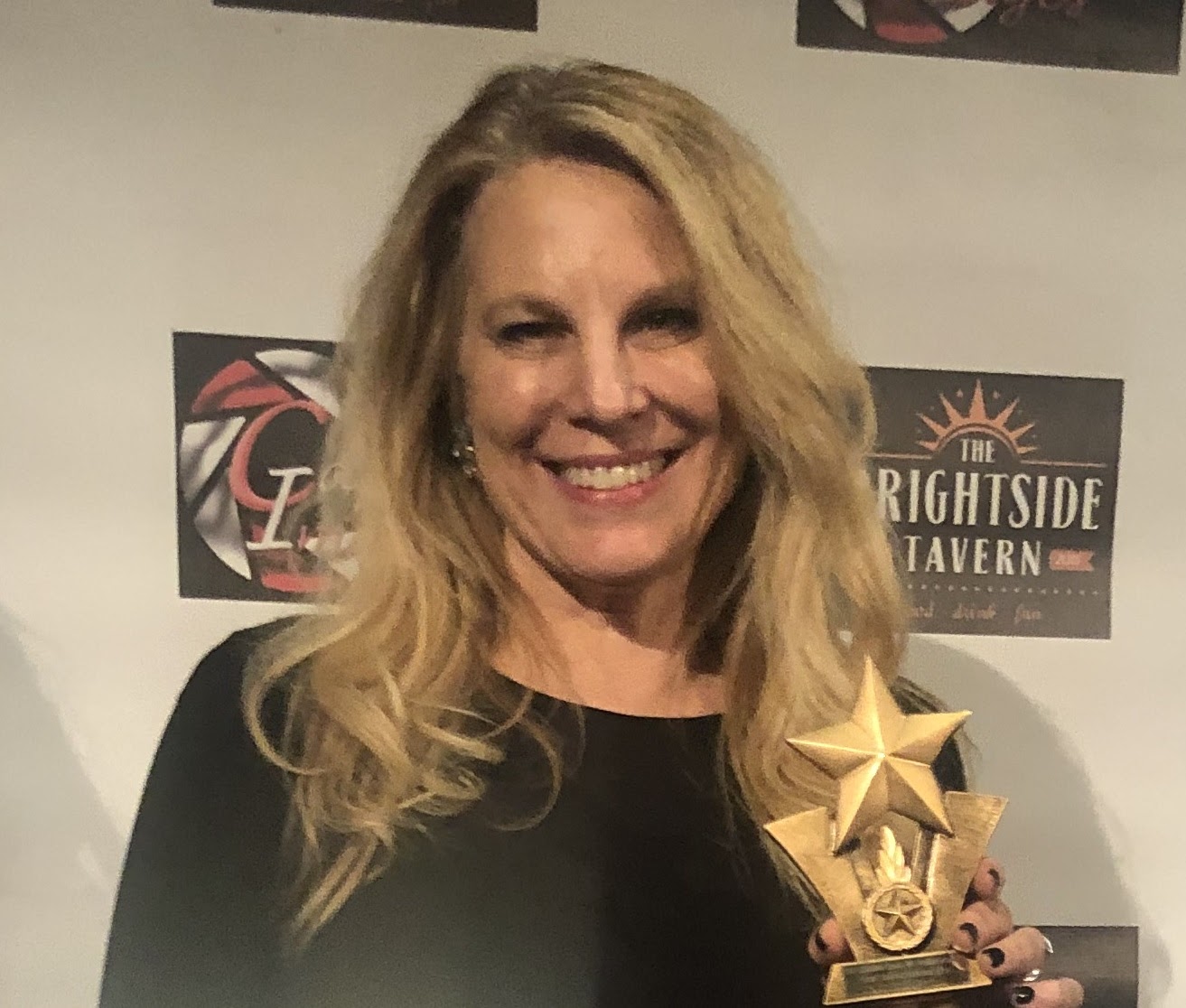 Linda Collins is anything but predictable. One might gloss over her career and assume she is a talented actress with occasional forays behind the camera as a producer, but a deeper look confounds your expectations when you soon realize she is not just an actress and producer, but a multi-instrumentalist as well. Look even deeper and you discover she boasts considerable talents as a vocalist. She has worked long and hard since youth refining these skills into an impressive package many performing artists, regardless of gender or genre, will envy and, despite her hard work and training, she comes by it naturally.

The St. Louis native’s mother Olivia Watson Beaty enjoyed talents as a vocalist, Sacred Music Director, and pianist. One can imagine Collins and her siblings grew up in a home that encouraged creativity as they often staged in house theatrical productions for their parents during their grade school years; she played Cupid in her first role for the family’s Valentines’ Day play. Her high school years brought membership in the Thespians Club and the blossoming talents she displayed earned her scholarships to Duquesne University, University of Alabama, and Northern Illinois University where she earned a Master of Music degree and induction into the Phi Kappa Phi honor society.

Those aforementioned musical skills garnered her plum spots playing principal horn with a number of orchestras. She spent significant tenures with the Naples Philharmonic and Winnipeg Symphony Orchestras, played in theatre orchestras during revivals of Fiddler on the Roof starring Herschel Bernardi and Showboat featuring Robert Morse. Her piano skills brought her notice with the American Wind Symphony Orchestra, Paul Taylor Dance Company, and Milwaukee Ballet, to name a few, along with numerous national broadcasts performing for CBC Radio.

Her focus has turned towards working as an actress for a number of years now. She served as Executive Producer for writer/director Andres Irias’ short film Perception, the story of an American teen consumed with hatred for immigrants as a result of growing up in a white supremacist family and a Honduran woman pressured to leave her homeland. Collins’ performance as Lauren, the teen’s mother, has rightly attracted a lot of attention and earned her a Best Supporting Actress award at the most recent Omaha Latino Film Festival. Collins recently traveled to New York City and attended the Brightside Tavern Shorts Film Festival to accept an award for the short as Best International Film of 2020.

It’s the latest mile marker in an artistic journey that has set Collins apart as a genuine expressive force in the independent film world. She has put her talents to memorable use in a variety of projects, comedy, horror, and television series documentaries, but the abiding factor uniting these efforts is her willingness to put herself on the line in ways other performers seldom do. Her relentless need to work, explore, and challenge herself will undoubtedly lead to further and greater future opportunities; she has three projects underway and there are surely more waiting for in the years to come.

“Our Metric Isn’t Rachel’s Numbers or Bust”: Can Alex Wagner Keep the Maddow Faithful Tuned In?
“Are You Afraid of the Dark? Ghost Island” Teaser Trailer – New Season Premieres July 30th!
Only Murders in the Building’s Back with A New Mystery. Here’s When to Tune In.
Networks Plan Special Coverage Following Supreme Court’s Abortion Ruling
Katie Price shares news with Instagram fans after avoiding jail: ‘I’m so lucky’