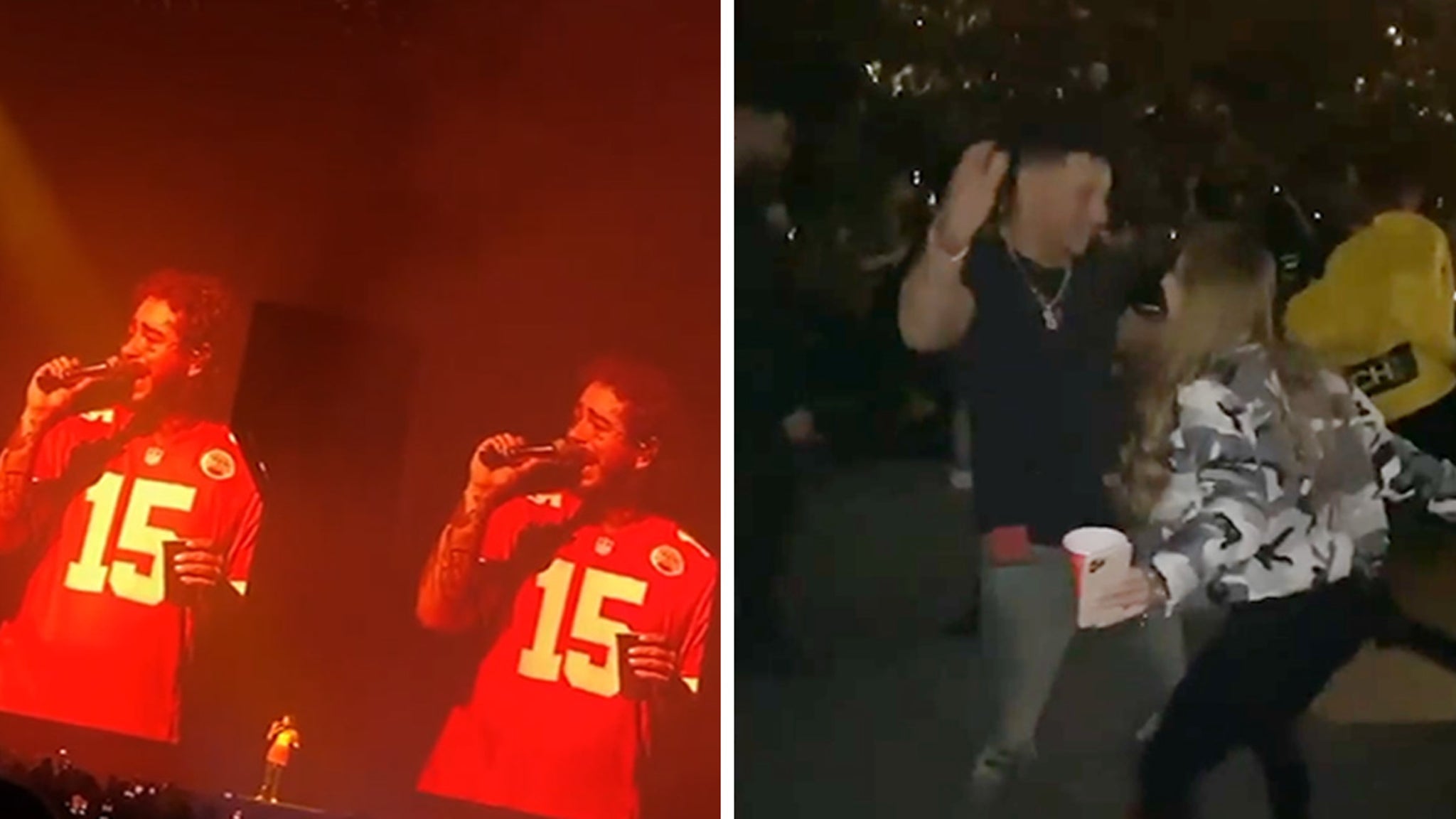 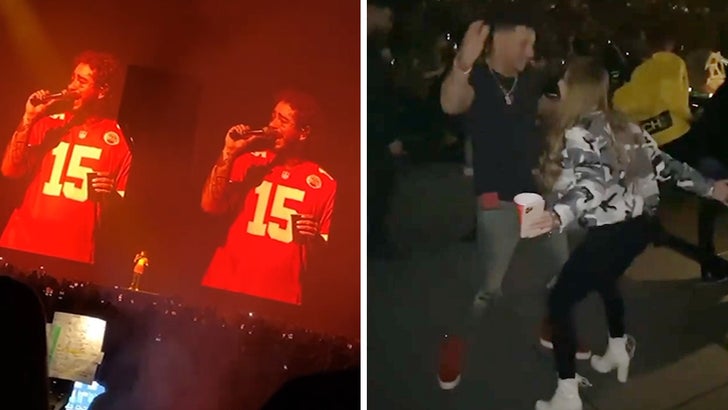 It’s good to be the CHAMPS … just ask Patrick Mahomes, Travis Kelce and the rest of the Chiefs who all got the super-VIP treatment at the Post Malone concert.

Post — a HUGE football fan — invited the Super Bowl champs to his Kansas City show at the Sprint Center on Wednesday where the QB, TE and others players got a special roped-off section all to themselves.

And get this … Malone — a hardcore Dallas Cowboys fan — even paid tribute to the Chiefs by rocking a Mahomes jersey on stage! You can see in the clip, Patrick LOVED it!

After the show, Post invited the guys and their gals backstage for a private dance party and some beer pong action!! 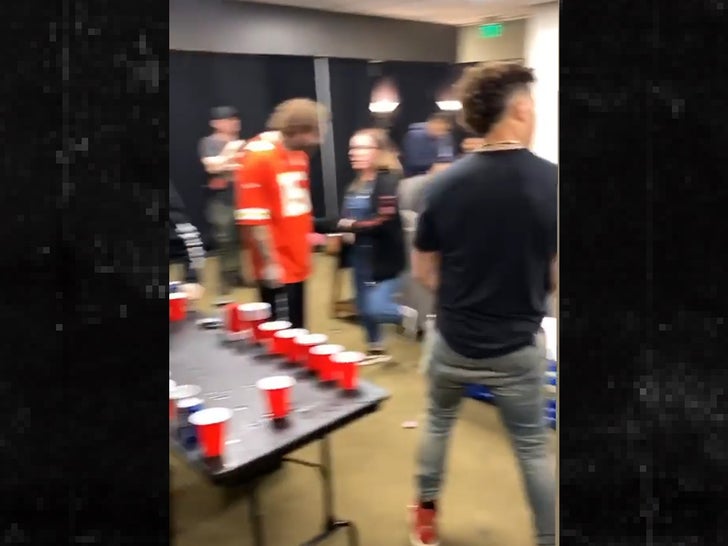 The most impressive part … the Chiefs had been drinking HARD since like 10 AM on Wednesday because of the Super Bowl parade in K.C. Mahomes and Kelce were pounding beers on the parade bus like it was water!!!

So, to keep it up for more than 12 straight hours … man, that’s good stuff.

Hopefully they can beat a hangover like they beat those 49ers!!