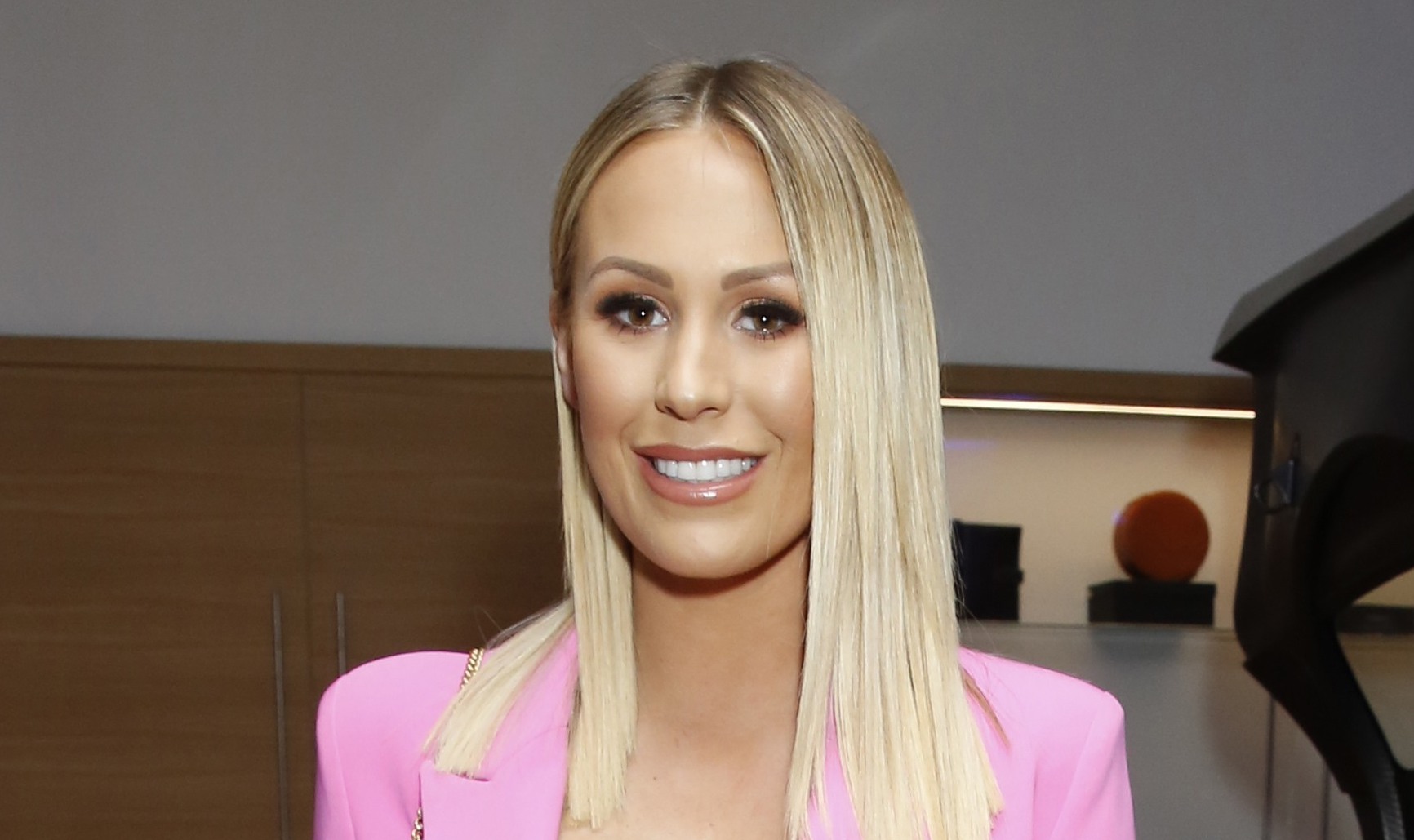 Now ex-TOWIE star Kate, 28, has wowed fans with a bikini selfie while on honeymoon with her new husband.

Kate shared the stunning snap on Instagram, which featured a plunging bikini and wrap-around straps on her stomach.

She simply captioned the image: “Mrs Ferdinand” followed by a black heart emoji.

As the shot garnered a huge 142,585 likes, it wasn’t long before many of her one million followers took to the site to express their admiration for Kate’s gorgeous honeymoon shot.

The body of dreams.

Debbie had earlier posted an image of herself with the happy couple during the wedding.

Hollyoaks star Chelsee Healey left two messages: one with a hearts-for-eyes emoji and a crown emoji.

Lydia Bright soon got in on the act, describing her co-star as having “the body of dreams”.

Read more: Kate Wright reveals the wedding  gift from Rio Ferdinand that ‘left her in tears’

Kate and Rio, 40, said ‘I do’ at the D Marie Bay Hotel in the Turkish coastal town of Marmaris last month, with the Mayor of Marmaris, Mehmet Oktay, officiating the ceremony.

But Rio revealed that he and Kate had put their honeymoon on hold so he could get back to work.

He was back in the studio for the Champions League game between Tottenham Hotspur and Bayern Munich.

His co-host Gary Lineker asked him: “Rio, shouldn’t you be on your honeymoon?”

Rio replied: “No, no, no, we will leave that to another time. We have important things to do here in the studio.”

Let us know what you think of our story on our Facebook page @EntertainmentDailyFix.

‘They Thought My Daughter Was Being Kidnapped’: The Struggles Of A Multiracial Family
Ezra Miller breaks silence, addresses troubling behaviour for 1st time
Why Idris Elba’s Daughter Didn’t Speak to Him For 3 Weeks Over His New Movie “Beast”
Lisa LaFlamme removed as CTV National news anchor: ‘I was blindsided’
‘The Last Socialist Artefact’ Wins Big At Hearts Of Sarajevo Awards For TV Series