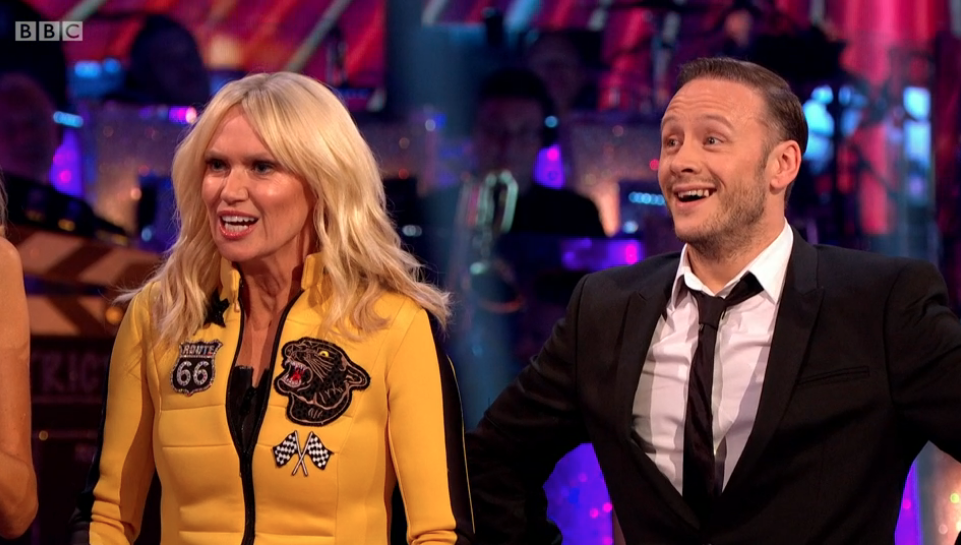 The broadcaster – who turned 61 last week – and her pro partner Kevin Clifton were booted off the BBC One series after the judges decided to save ex England goalkeeper David James following a dance off.

Treasure Hunt star Anneka and Kevin, 36, ended up bottom of the scoreboard on Saturday with only 11 points for their Movies Week Charleston before the public vote was revealed on Sunday evening.

But Anneka – who later admitted she couldn’t even clap in time, never mind dance in time, before signing up for Strictly – insisted their performance had been “good” and seemed delighted to rack up any points at all. 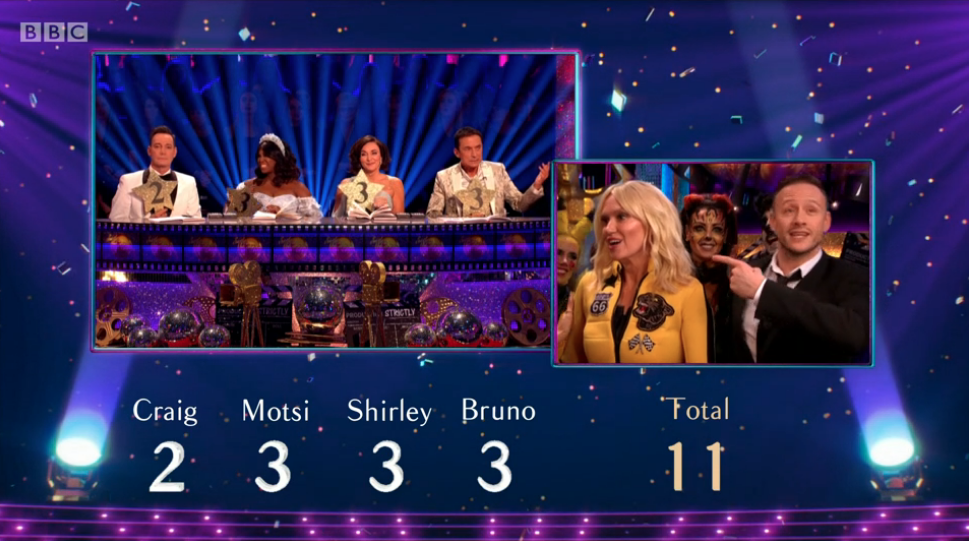 Anneka was pretty pleased with her score on Saturday (Credit: iPlayer)

Read more: Strictly’s Katya Jones bites back at troll who accused her of ‘not doing her job’

Giggling judges Shirley Ballas and Bruno Tonioli were in tears as they delivered their appraisals, struggling to control their laughter at the efforts choreographed to Woo-Hoo from Kill Bill: Volume 1.

Both they and Motsi Mabuse tried to emphasise the positives in Anneka’s performance while Craig Revel Horwood looked anything but amused.

Head judge Shirley noted that Anneka had handled her props well and “coped” with the speed of the dance – but felt it was all too much as she pointed out the Welsh-born TV personality needed to work on her timing.

“It was a little bit frenetic for me, actually,” she said.

“But you showed promise!”

Craig kept his comments short (“not very good”) while Motsi plumped for complimenting Anneka’s energy and ability to run.

However, Bruno’s words gave rise to a telling revelation from Anneka.

When he said her performance was more akin to ‘Slaughter the Charleston’ than Kill Bill, Anneka replied: “I didn’t even know it was meant to be a Charleston!”

David achieved the second-lowest score of the round, with 16 points awarded for his American Smooth to Batman Forever’s Kiss from a Rose.

Last week Anneka scored 19 for her Waltz to Whitney Houston’s Run to You and 14 points for her Cha-Cha-Cha to Gloria by Laura Branigan in the first show of the 2019 series.

It appears her elimination was no surprise to anyone; some were angry that she apparently made no effort…

– Strictly Come Dancing continues next Saturday on BBC One at 6.40pm