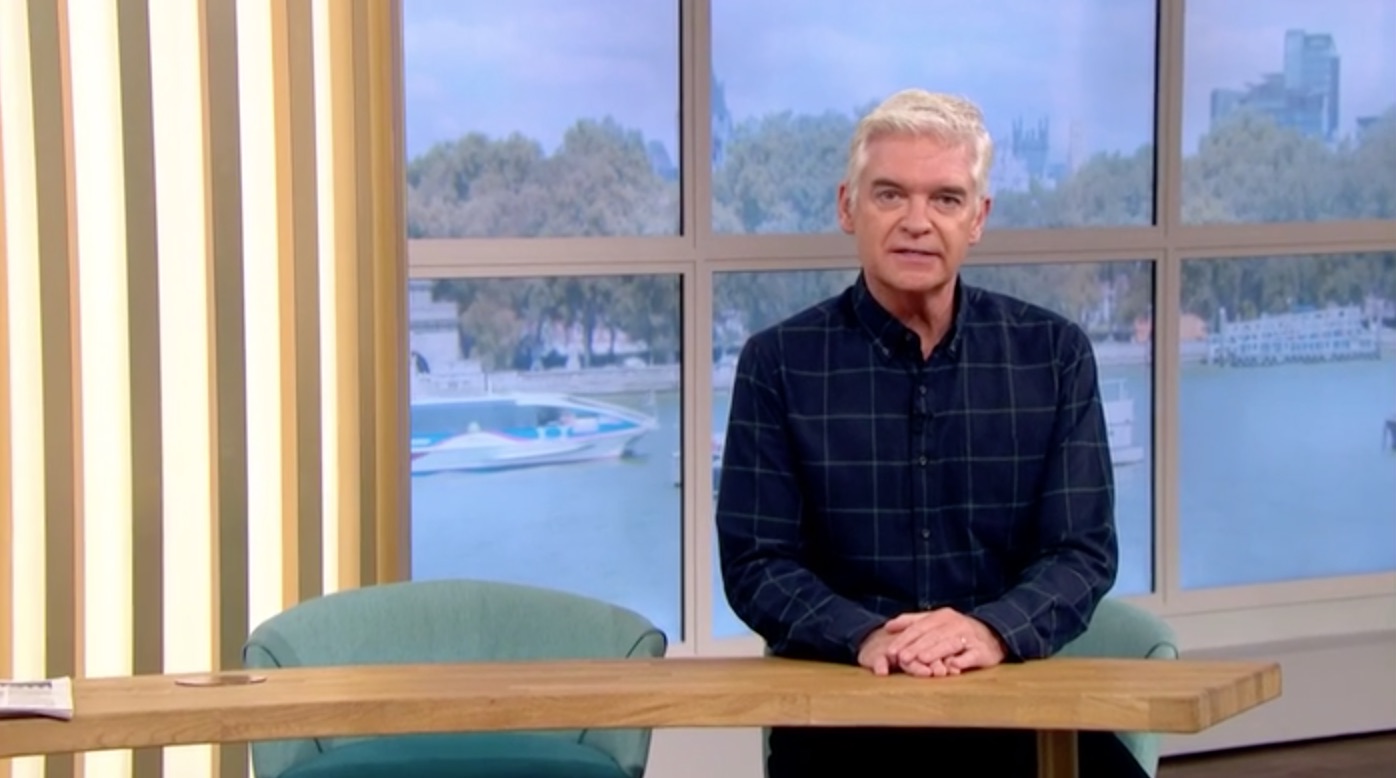 Daytime TV’s golden couple – This Morning’s Holly Willoughby and Phillip Schofield – faced a glitch today (7.10.19) when one half of the pair didn’t show up to kick the show off.

With Holly, 38, seemingly missing in action, it was left to Phil, 57, to open the show. 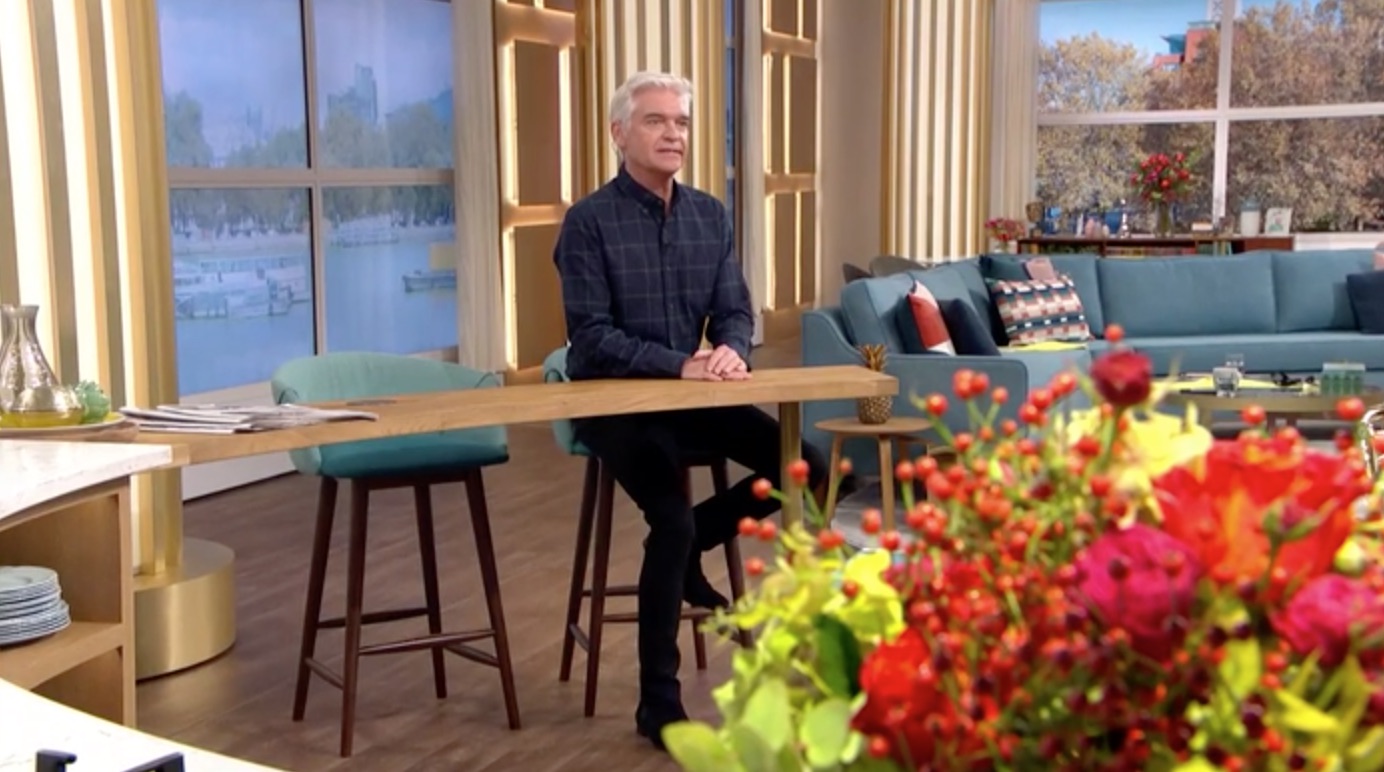 Phillip had to open the show alone (Credit: ITV)

“I don’t know why she doesn’t follow my directions to work, I always tell her there’s only one road you should follow…”

That’s the first time I’ve ever seen you nearly fall over in heels! 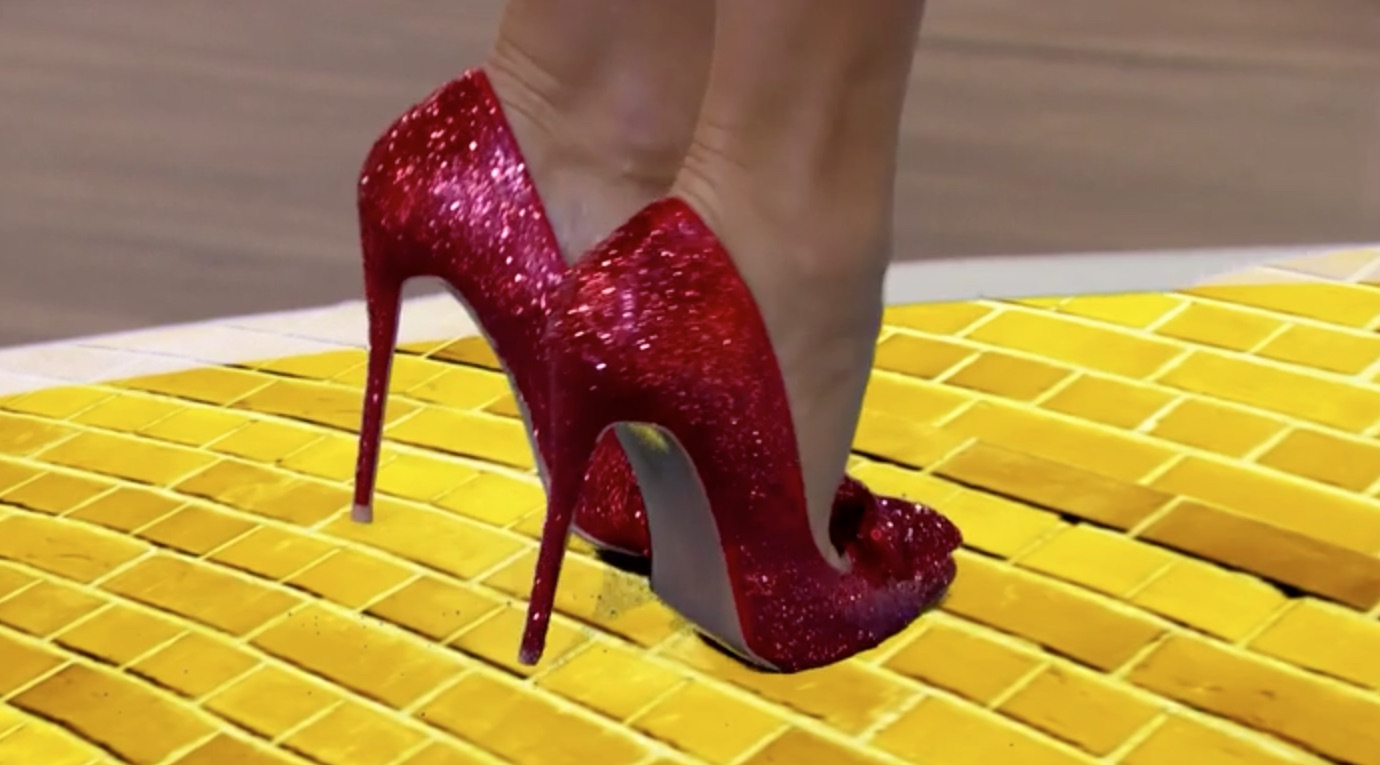 Walking along the CGI road, Holly attempted to click her heels together unsuccessfully, which made Phil crease up.

“Here she is!” he laughed. “That’s the first time I’ve ever seen you nearly fall over in heels!”

“I’ve got to practise that, I only got my new ruby slippers today,” she replied before saying, “I did it so well in rehearsals, every time! One more, one, two, three…” 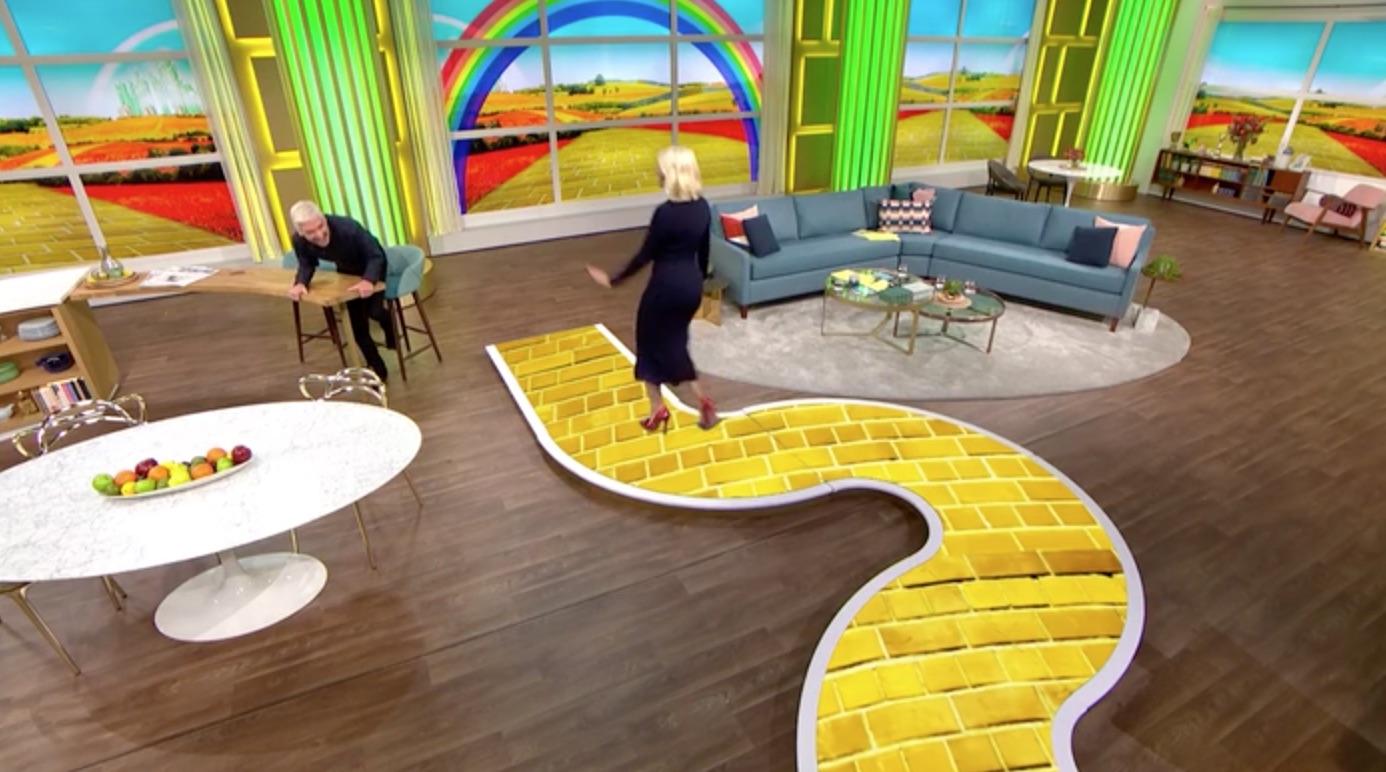 Holly walked along her own yellow brick road (Credit: ITV)

Soon enough, the pair revealed that the show was celebrating classic movie The Wizard of Oz’s 80th birthday as their Halloween special.

They teased how the show would be ‘transformed’ for Halloween, with Holly dressing up as Dorothy and Phillip as the Scarecrow.

The only thing they’re missing, they said, was their Toto, and launched a campaign to find the perfect dog to join them. 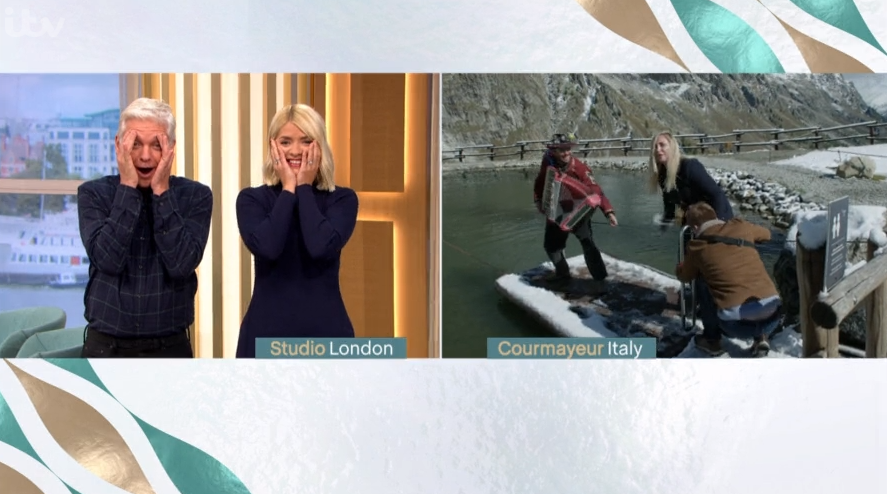 Later in today’s show, Josie Gibson suffered a hilarious blunder as she almost fell into an icy lake.

The Big Brother star was presenting the show’s competition live from Monte Bianco in Courmayeur, a town in Italy.

She was seen standing on a small boat alongside a musician and nearly fell into the water when trying to get off the raft.

Let us know what you think of our story on our Facebook page @EntertainmentDailyFix.

North West Wears Star of David on Shirt While Shopping with Kanye West
T.J. Holmes Spotted At ‘GMA’ Without His Wedding Ring Amid Amy Robach Romance Rumors
15 Best Christmas Candles 2022: From NEOM and Jo Malone to Diptyque and NEOM
Adele Laughs Off A Fan Trying To Give Her His Number At Las Vegas Show: Watch
Dolly Parton, 76, Looks Fabulous In Festive Reindeer Costume During Her ‘Mountain Magic Christmas’ Special