Who can Rachel trust? (Credit: BBC)

Most of the fifth episode was played out in flashback form, and we finally got to find out what really happened with Shaun’s ‘corrected’ video and what happened to his barrister, Hannah Roberts.

We were led to believe that the CIA were the makers of the edited CCTV footage, but that was a red herring.

The Pilgrims Of Justice – the underground activist group soldier Shaun Emery was picked up by at the end of episode four and headed up by Hannah Roberts’ lawyer pal Charlie – admitted that THEY were behind the video.

Why? Because they wanted to draw attention to the whole shady practice of ‘correction’ and used Shaun as a guinea pig because of his high-profile case.

If they could stage this event, they could use it to draw the attention to the case of Faisal – a wrongly imprisoned brother of one of the members of the Pilgrims – and get him out of jail.

It was only when Rachel sent through the video to be analysed that Counter Terrorism were alerted to a ‘correction’ outside of their walls. It meant that they had to cover it all up so their ways of doing things were kept under wraps.

We’ve been left with four key questions we need clearing up!

1) Is prisoner Faisal part of the terrorist gang Rachel helped to put behind bars?

Is what happened to Faisal crucial? (Credit: BBC)

In one scene, Hannah and Faisal’s sister went to visit him in prison. In episode four, Rachel suspected that the video used to nail a terrorist gang – and make her the talk of the town – could have been ‘corrected’ in the same way that Shaun’s video had.

“We shot the scene,” Hannah told him.

“Even if it works, how does it prove it’s what happened to me?” he asked.

Hannah replied, wide-eyed: “Faisal if this works we’re going to be waking up to a whole new world.”

Could Faisal be part of the gang Rachel took down in her celebrated sting when she was part of Counter Terrorism?

2) How do Frank, Gemma Garland and Danny Hart know each other? 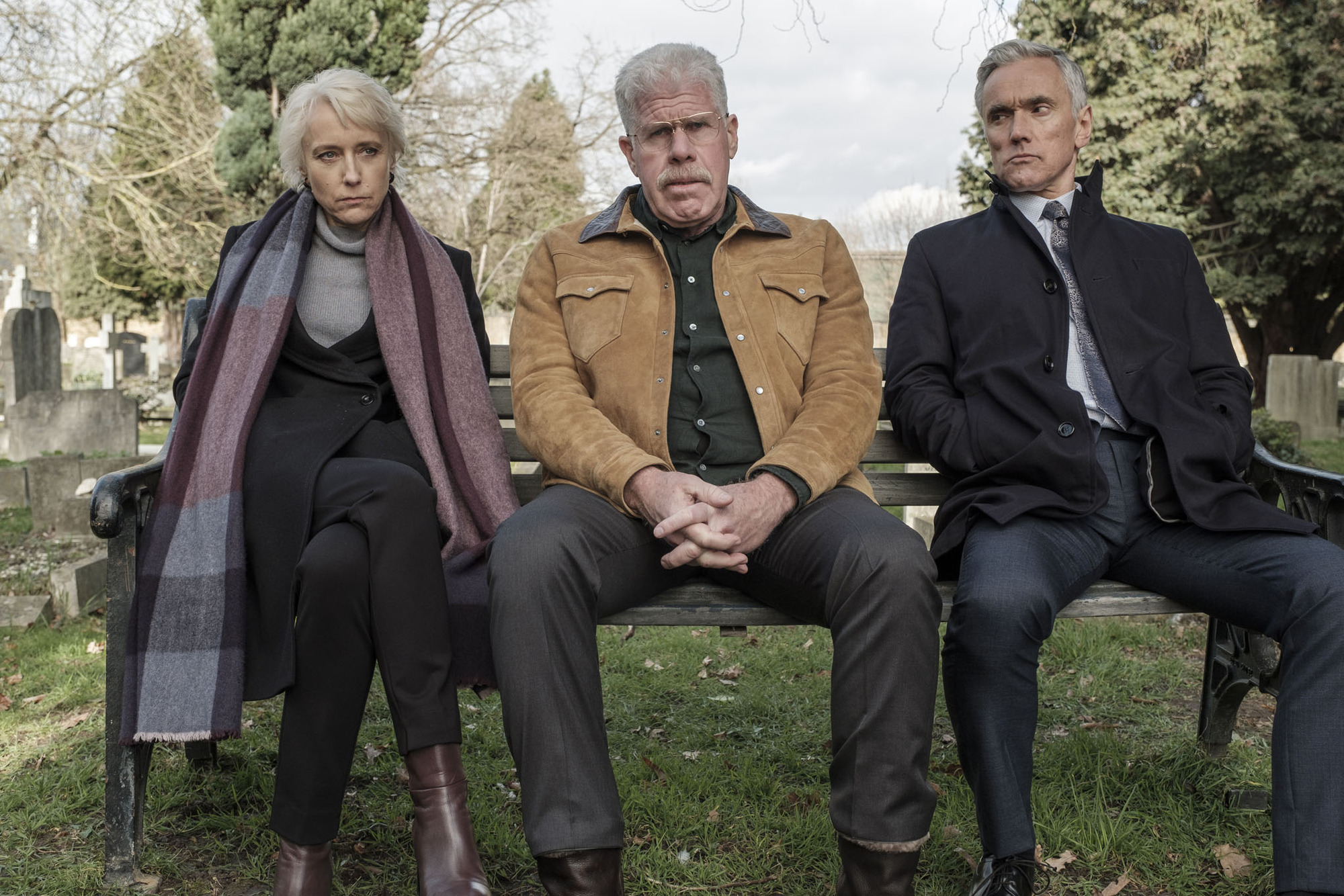 Gemma, Frank and Danny are in cahoots (Credit: BBC)

As soon as Rachel’s ‘capture’ came through to CT and was identified as a potential ‘correction’ from beyond their four walls, Gemma Garland, Danny Hart and Frank had a conference call to discuss the matter. And, later in the episode, they met secretly in a cemetery, where Frank suggested they finish the job the Pilgrims started, and kill off Hannah Roberts.

But how do these three know each other?

Could it be that their ties are deeper or are they just keen to cover up their practices because they want to safeguard the future of their units?

3) What’s Frank going to do with Shaun’s daughter?

Frank has proven to be a very bad man (Credit: BBC)

We’ve already seen that Frank can be a nasty piece of work – take his visit to Hannah’s hideout as a prime example. But at the end of the episode, he had figured out a way to flush Shaun out from hiding… find out where his daughter goes to school.

This implies that Frank will abduct Shaun’s daughter and use her to get him to show himself.

Shaun, who has escaped from the police, Counter Terrorism, the CIA AND the Pilgrims surely won’t be able to stay hidden for long if he finds out Frank has his daughter. The question is, how far will Frank go?

Shaun is now on the run again (Credit: BBC)

4) How will Shaun and Rachel get out of this mess?

The $64million-dollar question: now Shaun and Rachel are working together how will they get out of this mess?

The original, unedited footage of the CCTV from the night Shaun ‘attacked’ Hannah is in the hands of the Pilgrims, so unless they can get hold of it and make it public, everyone will still think that Shaun is a murderer.

Another question revolves around Rachel’s relationship with Danny Hart. Even though their fling is officially off, perhaps Rachel could ask him for help and his guilty conscience might get the better of him.

Head over to our Facebook page @EntertainmentDailyFix and let us know what you think of this story.